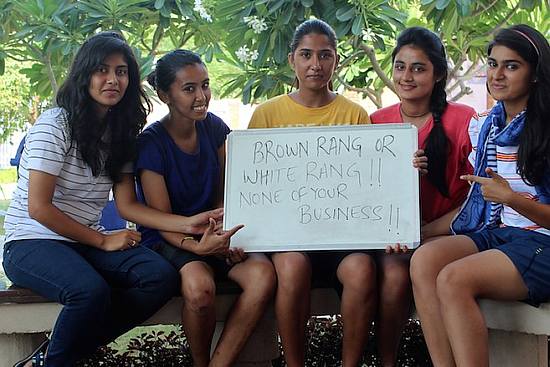 President of the Harvard US-India Initiative Disha Verma and Harvard student Tiana Abdulmassih have started a photo campaign for women’s rights, especially in light of the recent controversy surrounding Deepika Padukone and her objectification by the Times of India.

The campaign called 'emBODYindia' asks people to highlight what bothers them most about the idea of objectification and the changes that they want to see in the attitude of people towards women in society.

In an e-mail interview to BuzzFeed, Verma said, "The hard part wasn't a matter of convincing students to join in as much as it was trying to make time to photograph all the people that volunteered. Even the Dean of Harvard College let me take his photograph holding up a sign saying 'Women's rights are human rights'. The support has been overwhelming."

According to the campaign's message on Tumblr, the group of students are "committed to conveying the simple message that a woman’s body is her own, and her clothes are never an invitation".