In Bollywood, female actors have always had a shorter career than that of their male counterparts. Once they got married in the past, they either had to leave the industry on their own or were dumped by the producers 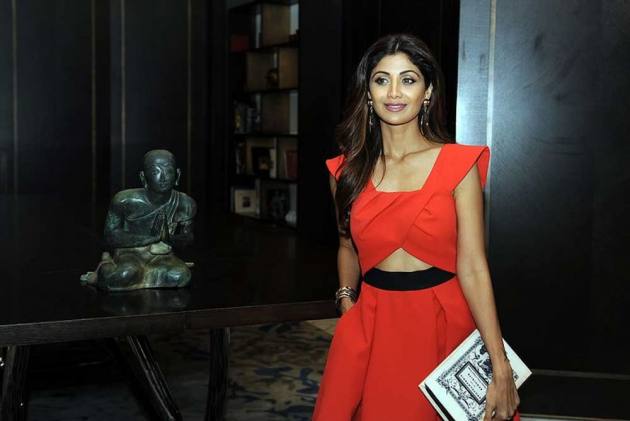 The longevity of a successful male star’s career is often eulogised in and outside the film industry. We talk about the prolonged reigns of the three formidable Khans – Aamir, Shah Rukh and Salman – in glowing terms every now and then, singing paeans to their ability to fight off the vagaries of time even after turning 50.

Every ab they gain, every bicep they flaunt and every muscle they flex earns them admiring looks of their besotted admirers who apparently consider the middle age to be sheer numbers for the 1965-born triptych of the tinsel empire.

It’s, however, not a new phenomenon in Bollywood. From the 'evergreen' Dev Anand and Jeetendra in their heyday to the 'forever young' Anil Kapoor and Akshay Kumar of our times, many actors from successive generations have led disciplined lives, stuck to frugal diet and steered clear of all hedonistic indulgences through their careers in order to retain their youthful looks and charm in the face of advancing years. They have always been considered to be the ultimate icons of fitness, a veritable personification of youth.

Interestingly, Bollywood has always had its quota of wild speculations about secrets of the eternal youth of these stars. The gossip magazines of yore often made conjectures if they had access to some kind of a magic potion which helped them stay young forever. But was there anybody ever interested in talking about the fitness of an actress, howsoever talented or popular she may have been at the prime of her career or beyond? Not on your life.

In Bollywood, female actors have always had a shorter career than that of their male counterparts. Once they got married in the past, they either had to leave the industry on their own or were dumped by the producers. For a long time, the onset of the 30s was considered to be the ideal time for any top actress to settle down in the matrimony and quit the film industry for good. It was only in the recent years that things began to change, with many heroines realising the importance of staying fit beyond their marriage and motherhood.

Not to speak of the likes of Priyanka Chopra and Kareena Kapoor, even actresses from the 1980s and the 1990s -- all in their forties now -- remain fighting fit because of their highly disciplined lifestyles. Madhuri Dixit, for one, has already turned 50 but she is still playing a glamorous lead in Indra Kumar’s next rib-tickler. Total Dhamaal.  At 43, Shilpa Shetty is also all set to make her debut on the over-the-top platform with a reality show, Hear Me Love Me, which will be streaming on Amazon Prime Video from September 29onwards.

It was precisely 25 years ago that Shilpa had made her Bollywood debut withBaazigar (1993). Even though she got married, gave birth to a child and took a long sabbatical from Bollywood, she kept herself fit enough to contemplate her comeback on the big screen now. Today, she can easily give any younger actress a run for her money, thanks to her passion for yoga and other strict fitness regimens. “I have not counted the years that have gone by. I have just lived life,” she said when somebody reminded her the other day that she would be completing 25 years in the industry in November this year.

Shilpa has indeed lived life. From films to television to the OTT platforms, she has done them all without resorting to doing elderly roles, as many of their illustrious predecessors were forced to do in their forties.

There are other contemporaries of hers such as Kajol and Ravenna Tandon who have also not let their age get the better of them. Kajol has another film,Helicopter Eela lined up for release shortly, where she plays the central role of a mother to a teenaged, college-going son. But she has donned the mantle of a contemporary mom on screen, glamorous enough to be her son’s college mate, not the conventional Hindi cinema mother. Last year, Raveena did two movies,Matr and Shab, where she played the pivotal roles. The list of such actresses is long.

Curiously, their fitness is rarely extolled in Bollywood. Unlike yesteryear heroines, each one of them is conscious of their health and fitness and have their personal gym trainers and nutritionists now. In fact, some of them are as fit, if not fitter, than their male counterparts. Still, the fitness of an actress is not considered a virtue in the film industry. In an overtly patriarchal and misogynistic place, hosannas are reserved to be sung only to a macho star who has the ability to put his multiple abs on display, with or without the help of steroids.