The Great Indian Horror Story: What Really Scares Us

For a country being ping-ponged around on a court of real-life terrors every day, it’s safe to say that the Netflix-and-chill crowd doesn’t scare easy. 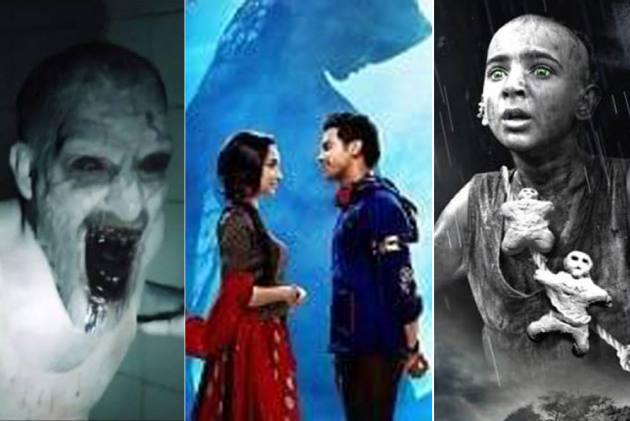 The festival of lights is just around the corner, or as some would agree, a horror show of noise and smoke is about to envelope us and leave us teary eyed, panting for breath, in less than a fortnight. If that’s not reason enough for the country to rejoice about, one may wish to seek an environmentally safer sojourn in the west’s Halloween. However, irrespective of which carnival one chooses to celebrate, it’ll be hard to not treat oneself, or perhaps even trick one’s mind into devouring the chain of on-screen horror shows being released on home or webturf.

Gone are the days of the legendary Ramsay Brothers and their semi-porn, bordering on comical take on vampire lore that inspired horror in the most unintended ways. In a world that runs on a steady diet of Netflix and American Horror Story, one must learn to create that shiver down the spine with more than just unnecessary gore and a generous dose of jump scares. If you’re still not obsessing over the hidden skeletal heads in every nano-frame of Netflix’s newest scare-show, The Haunting of the Hill House, you are, in all likelihood, the Aahat re-run watching kind. If not, I perhaps wouldn’t be too audacious to just presume that you’ve already stumbled upon our very own desi nightmare lane (not the ones in Delhi). From Ghoul to Stree to the latest Tumbbad, Indian storytellers and filmmakers are learning to take a closer look into what really scares in 2018.

For a country being ping-ponged around on a court of real-life terrors every day, it’s safe to say that the Netflix-and-chill crowd doesn’t scare easy. As incredulous as it may sound, us 90s’ kids are really quite indebted to Ram Gopal Varma, first, for teaching us that the foul-mouthed tapori is basically nothing more than a big bowl of frozen ice-cream, waiting to melt at the first warm touch, and second (and more importantly), for proving to us beyond doubt that swanky apartments at throwaway prices aren’t always due to bad construction — it’s a fool-proof sign of unadulterated evil waiting to pounce on you. But alas! When reality seems like a gorier adaptation of Orwell’s dystopia, the art mimicking it will have to unlearn its good old clown-and-skeleton tropes to give you gooseflesh.

Kaal (2005), Ragini MMS (2011), 1921 (2017), may have all sincerely spent a huge fortune trying to convince us that the wrath of an unsatisfied soul is the breeding ground for the worst form of evil. Filmmaker Prosit Roy had roped in A-lister Anushka Sharma to play the sinister lead in his ‘not-a-fairytale’ debut earlier this year. But lores of uninvited demons who don’t have a place among our real-life villains have failed to stay afloat no matter which star anchors the ship.

It was perhaps after Radhika Apte-starring, Patrick Graham-directed Ghoul hit our homescreens on Netflix in August, that our neighbourhood horror-freaks stood up and took note. One need not go looking for the spooks under their rusty old beds or creeky, ancient havelis anymore. The monsters were now out in the open, disguised as your friendly lawmaker or that straight-faced, well-meaning cop. The skeletons muffled inside your government’s office files were enough to rattle a thousand graveyards. Ghoul’s opening scenes of a witch-hunt in a muslim neighbourhood seemed all too familiar. The evil Djinn, who’s only a manifestation of the darkness inside you, is here to school you with some moral science, a class you may have skipped back in the days. Turns out, there’s no escaping the call of the conscience, and definitely not if it’s sold to sin.

Directors Rahi Anil Barve, Anand Gandhi and Adesh Prasad didn’t spare the rod for greed in their latest horror-drama, Tumbbad, garnering rave reviews for being a stellar piece of art. Based in the Maharashtrian village of the same name, the story traces a legendary gold-guzzling monster whose bite renders you undead, especially if you’re hoping to flick some of his moolah.

But what really steals this terror show is the premise of Amar Kaushik’s Stree, starring an unlikely Shraddha Kapoor and an unsurprisingly convincing Rajkummar Rao. With men ironically disappearing from the streets during peak hours of festivity in the interiors of India, allegedly at the hands of a man-preying witch, the message is loud and clear — respect and protect women. The battle cry of #MeToo has opened the floodgates to gut-wrenching accounts of sexual harassment against women all over the world. It is at this historic moment that one is forced to wonder, do we really need a paranormal intervention to hammer in the seemingly vanilla concept of ‘consent’? Perhaps yes, perhaps no. But until then, the Indian storytellers seem to be taking their fears seriously, trying earnestly to match up to the horrors playing out in their lives realtime, one reel at a time.