The Law Of The Land 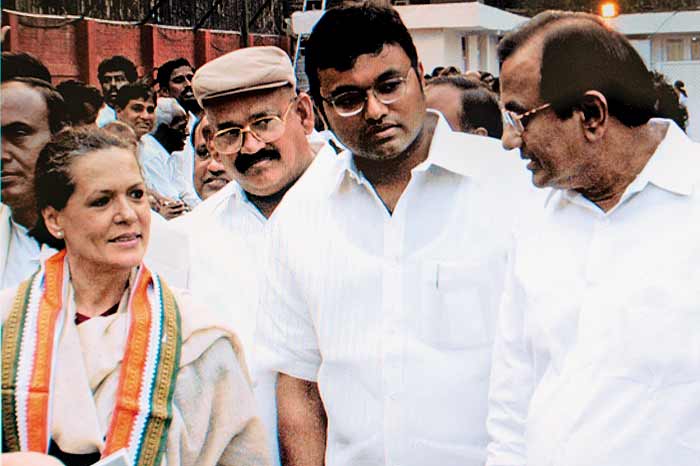 A small scale industrialist in Puducherry was arrested on the charge of posting "offensive" messages on social media targeting Union Finance Minister P Chidambaram's son Karti Chidambaram but released on bail on October 30.

Ravi Srinivasan, owning a plastic packaging material factory, was arrested by local Crime Branch wing of CID Police on a recent e-mail complaint by Karti Chidambaram that he had posted 'offensive' message against him on three occasions since 2011 on the micro blogging site Twitter, police said.

On October 20, Mr Srinivasan tweeted from his Twitter account @ravi_the_indian : “got reports that karthick chidambaram has amassed more wealth than vadra.”

He was arrested under Section 66-A of Information Technology Act after registration of a case on the complaint by Karti Chidambaram lodged with the Union Territory's Inspector General of Police, they said.

Police produced 45-year old Ravi before Chief Judicial Magistrate Venkatakrishnan and sought 15 days remand. However, the CJM released him since the offence was bailable.

Significantly, Mr Srinivasan too is an activist of India Against Corruption, just like cartoonist Aseem Trivedi, who too was harassed under the same law.

Priscilla Jebaraj reported more details of the case in the Hindu: IAC volunteer tweets himself into trouble, faces three years in jail:

Mr. Srinivasan is however appalled by the reaction his tweet has provoked. “At 5 a.m. on Tuesday [October 30] morning, I was woken up and pulled out of my house by CBCID men and told I was under arrest because of my tweets,” he told The Hindu. “My wife and two daughters were in shock. What wrong have I done?”

The police told him he was being charged because of an e-mail complaint sent by Mr. Karti Chidambaram to the Inspector General of Police, in which he accused him of malicious intent to defame a good man. He was produced before a judicial magistrate and released on bail that evening....

Mr. Srinivasan — whose Twitter tagline reads: Jai- hind guy, want to see India as no 1 in every sphere, believer that india can do it — has only posted 110 tweets in his one and a half years on the microblogging site. He has a grand total of 16 followers, as of Wednesday evening.

“My tweet refers to reports I read about Karti Chidambaram and Robert Vadra in the newspapers. It is not even my own opinion. I don’t know what is defamatory about it,” he said. “When I read the kind of tweets other people have written on corruption, I do not know why I am being targeted.” He wondered if his involvement with the IAC, and participation in their activities in Puducherry, has brought this upon him. In his latest tweet, he asked the IAC for “moral support.”

Interestingly, on October 22, Mr. Chidambaram had tweeted about a story in The Hindu on the arrest of two people who had allegedly harassed singer Chinmayi Sripada on Twitter, and were charged under Section 66-A of the IT Act. Linking to The Hindu’s article, Mr. Chidambaram’s tweet added: “food for thought for you know who! :)”

For ready reference, here is the concerned Section 66-A of the IT Act:

*[ 66A. Punishment for sending offensive messages through communication service, etc..- Any person who sends, by means of a computer resource or a communication device,-

(a) any information that is grossly offensive or has menacing character; or

(b) any information which he knows to be false, but for the purpose of causing annoyance, inconvenience, danger, obstruction, insult, injury, criminal intimidation, enmity, hatred, or ill will, persistently makes by making use of such computer resource or a communication device,

shall be punishable with imprisonment for a term which may extend to three years and with fine.

Explanation: For the purposes of this section, terms "Electronic mail" and "Electronic Mail Message" means a message or information created or transmitted or received on a computer, computer system, computer resource or communication device including attachments in text, image, audio, video and any other electronic record, which may be transmitted with the message.

As activist Shivam Vij points out in his article today: Sibal's Law: 'Grossly offensive' and of 'menacing character'

It's a cognisable offence so you have to be arrested and apply for bail. As though you had committed murder!

If the same allegation was made on wall graffiti or by Arvind Kejriwal at a press conference, nobody would go to jail. But say it on Twitter and the long arm of the law gets a little longer.

There have already been at least three cases of misuse of this section, before even Kapil Sibal's colleague's son put it to use.

In April 2011, the West Bengal police arrested Jadavpur University Professor Ambikesh Mohapatra for merely forwarding on e-mail a cartoon making fun of Chief Minister Mamata Banerjee, using a reference to a Satyajit Ray detective story. It reached Mamta Banerjee and she was offended.

Sibal's Law was used and the cartoonist was in jail.

Other charges -- such as defamation and insulting women under the Indian Penal Code -- were not cognisable, so it was only Sibal's Law that treated him like, well, a gross offender.

Similarly, Congress and Dalit activists in Maharashtra targeted cartoonist Aseem Trivedi for his anti-corruption cartoons that he displayed at the MMRDA grounds in Mumbai in December 2011. Their real intent, it seems, was to show the Anna Hazare movement as being anti-national. They charged him with the cognisable offence of sedition, but also with Sibal's Law -- because the cartoons were also available online...

The government has appropriated to itself the task of deciding what is reasonable speech and what is unreasonable speech. That task should belong to the courts and the Indian Penal Code is enough for that.

If the tweet is defamatory, Chidu Jr should file a defamation case. There is no need for any special law for the Internet. The need for special Internet laws is felt by the powerful who realise that criticism and dissent are no longer the monopoly of a pliable, corporate media.

Also See an older profile of Karti Chidambaram: The Subtle Rules Of Go-Karting