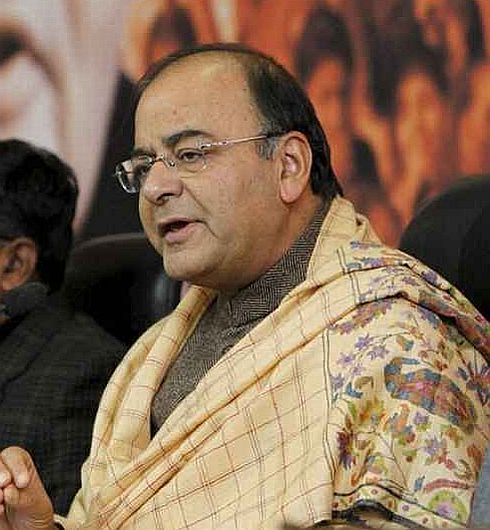 In his recent blotg post, BJP leader Arun Jaitley has said that the party's prime ministerial candidate and Gujarat Chief Minister, Narendra Modi, should not apply for a US visa, even though a Gujarat court has ruled that he will not be prosecuted for alleged collusion in the 2002 riots. The US had revoked Modi's visa over the riots in 2005.

Yesterday's verdict in the 2002 Riots case accepting the report of the SIT and dismissing the protest petition has an extremely important lesson for all. What is the extent to which false propaganda can subvert a debate when the facts are otherwise. A section of the media and some NGOs thrived on implicating Narendra Modi and making inaccurate accusations. The extent to which it led to subversion of the debate on this issue needs to be introspected. A Chief Justice of India without looking into all facts chose an inappropriate expression 'Nero'. Will he now retract? An editor used the extreme expression 'mass murderer'.

Outside the country some nations otherwise friendly to India, held their own 'kangaroo court' and decided to proclaim Modi guilty. They chose to ignore the fact that no other Indian politician since Independence had gone through the kind of scrutiny that Modi went through in the 2002 riots case. The highest court of the land monitored the case against him. They chose the best officers who could investigate the case against him. The investigation team examined hundreds of witnesses. The SIT grilled the Chief Minister for over nine hours. When the SIT exonerated him still through a Supreme Court scrutiny, an Amicus Curiae opinion, a protest petition and eventually a judicial mind examined the case. After a due process of law, the court opined that there was not a shred of evidence against Modi.

Where does that leave the United States opinion on this issue ? Modi has not applied for US visa since 2005. My personal advice also has been that he should not apply for a US visa. The American stance on the issue has clearly been one determined by their 'kangaroo court'. To proclaim Modi guilty even when there was no evidence against him despite investigations and re-investigation amounts to immature diplomacy. It constitutes interference in India's internal affairs. This myopic American stance has the potential of recoiling back at them. It also sets a precedent for a reciprocal response. It is time the Americans reflect on how they have boxed themselves into this untenable situation.

'I Was Shaken To The Core': Modi