The Plague Of Plagiarism In Tamil Cinema

Director A.R. Murugadoss admits that the story of his movie 'Sarkar' is not original 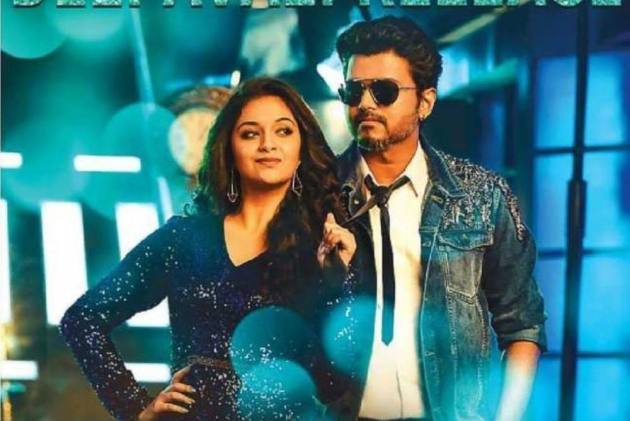 When actor Vijay’s ‘Sarkar’ gets released on Diwali the title card would say thank you to a little known assistant director Varun Rajendran for the story line of the film. However the credit (in large type) for the story, screenplay, dialogue and direction would go to A.R. Murugadoss (of ‘Ghajini’ fame).

And therein lays a sordid tale of Tamil cinema where struggling assistant directors find their story lines being plagiarised by big names in the film world. Since the big directors can rope in big stars they manage to get away with money power and their clout with the film bodies. Often the aspiring young directors would look on haplessly or at best knocking on court doors where little justice gets done before the film gets released.

But in the case of ‘Sarkar’, Rajendran had solid evidence as he had registered his original story ‘Sengol’ (Sceptre) ten years ago with the South Indian Film Script Writers’ Association. The story about a foreign returned lawyer finding his vote having been cast by someone else manages to get a court stay on the election and thus antagonises the political class formed the crux of Rajendran’s script. By a strange coincidence, the ‘Sarkar’ story also runs on similar lines.

When Rajendran appealed to the writers’ association, its president, well known director-actor K. Bhagyaraj asked for the script of ‘Sarkar’ and found Rajendran’s claim to be true. Rajendran also filed a case in the Madras High Court seeking a stay on the film’s release unless his name got acknowledged in the title credit. “My aim was not to stop the film but only to claim the credit due to me,” explained Rajendran.

This is not the first such accusation against Murugadoss as even before his film ‘Katthi’ (Knife), also staring Vijay, was released in 2014 another upcoming director Gopi Nainar had alleged that Murugadoss had stolen his entire script to make the movie. To prove that he even submitted to the High Court the bound volume of his script ‘Moothakudi’ about how farmers lose their lands to an MNC bottling company and hit back by disrupting the water supply to Chennai city.

“I had spent hours with Murugadoss and some of his assistants discussing the story and had even submitted the complete screenplay to them, but Murugadoss later claimed that he had not even met me,” recalled Gopi Nainar. Nainar claimed that though some people close to Vijay had offered him money not to hinder the release of the film, he had only wanted acknowledgement that the script was his. “But somehow they managed to get the film released and I was shocked that most of the scenes, including a prison scene based in Calcutta, and dialogues were based on my script,” Nainar had claimed. Nainar had last year directed the much acclaimed film ‘Arram’ starring Nayanthara as a district collector who rescues a girl trapped in a deep bore well. Murugadoss first grabbed national attention with ‘Ghajini’ remade in Hindi with Aamir Khan which in turn was based on Christopher Nolan’s ‘Memento.’

Even after being found out, Murugadoss, in a video message on Tuesday, has claimed that ‘Sarkar’ was entirely his work. And it so happened that a young assistant director had merely registered a similar storyline about a stolen vote much earlier than he did. And that he had magnanimously agreed to acknowledge this in the title of ‘Sarkar’.

Just as the dispute over ‘Sarkar’ was getting resolved, another controversy has erupted about the story of ‘96’, one of the top films of this year, having been stolen. Suresh, an assistant of veteran director Bharatiraja, has claimed that the story about a nostalgic love story from school days set in a small town had been relayed to the film’s director Premkumar by a common friend. “Even the Ilayaraaja songs of the 80s and 90s sung by the heroine in the movie can be found in my script which I had emailed to this common friend in 2013. And this common friend Marudhupandian even appeared in a scene in the movie and his assistance in the story has also been acknowledged in the credits,” complained Suresh.