The 'Scientist From NASA' Who Wasn't 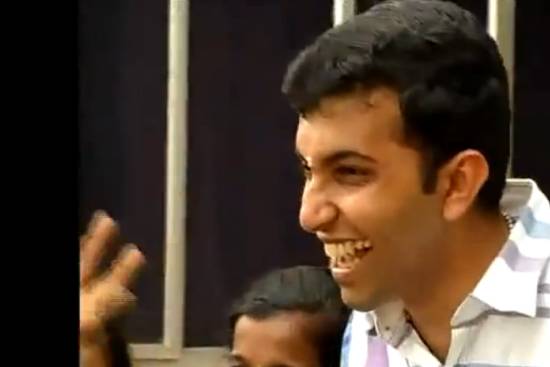 It seemed like a feelgood story from a Mumbai film.

Arun P. Vijayakumar, 27, a native of Manimala in Kottayam district of Kerala, had been making headlines since 2012.

This former student and Lecturer of College of Engineering, Poonjar under the Institute of Human Resources Development (IHRD) in Thiruvananthapuram, Malayalam media reported in August 2012, had been accepted by NASA, the American space organisation, as a research scientist.

He had also been admitted simultaneously for a doctoral thesis by the famous scientist Barbara Liskov, faculty at the Massachusetts Institute of Technology (MIT), the stories went.

"Video conferences were held many times. MIT in US, Stanford University and Cornel University also invited him and he decided to join MIT and accept job at the defense ministry, NASA had extended the invitation," the Mathrubhumi reported on August 27, 2012

As stories of felicitations followed, the venerable Hindu was soon to pick up the story in its Septemeber 19, 2012 edition:

He will be joining as a research scientist at the NASA to explore, in his own words “extraterrestrial elements with the use of remote sensing.”

“I am informed that I will be assigned to the study of Geo-intelligence framework for Astro biological research, a subject that I closely worked during my research proposals,” said Arun, an M.Tech. graduate from NIT, Bhopal.

The young, then 25-year old student also told the Hindu that he wanted to “gain as much knowledge and experience as possible” and planned to return home and work for the ISRO

He was also inspired by the former President and Indian Space Research Organisation scientist A.P.J. Abdul Kalam. “I had discussed with him some of the project ideas during my M.Tech. days and he was a source of inspiration. He helped me understand that science should be simplified enough for a layman to take interest,” said Arun.

In adition to having refused the job-offer from Infosys, as he had told the Hindu, he told the New Indian Express that despite "lucrative job offers from three MNCs" and “deviating from the usual, [he] joined as a guest faculty at my college. Alongside, [he] prepared for the GATE examination.”:

Within a short period, he joined Bhabha Atomic Research Centre (BARC) as a scientist and moved to Indore.

There, he served for only two months as the 96-per cent aggregate in GATE examination 2010 opened the doors of NIT, Bhopal, before him and he joined for MTech. The study led to invitations from MIT, Stanford University and Cornell University for doing research, while MIT placed a combo offer of research and job together for Arun. By that time, he had reviewed nearly 20 international conferences.

But that was then. Arun, clearly did not rest on his laurels. He was back in news in Kerala, and his story suddenly took a turn when it was reported that he had met none other than Prime Minister Narendra Modi himself.

On October 7, the Telegraph of Calcutta, in a story headlined Patriot Nasa boy turns hero, reported:

But things got moving when Arun arrived in Delhi last month as part of a US team of scientists to discuss cooperation in the use of space technology for the benefit of ordinary citizens.

A senior colleague in the delegation — which included scientists from Nasa, the Massachusetts Institute of Technology (MIT) and the United Nations Development Programme — mentioned the story to home minister Rajnath Singh during a meeting. When Modi heard it from Rajnath, he invited Arun to a private meeting.

Officials said the meeting, held in the first week of September, lasted nearly 30 minutes, the discussions ranging from recent developments in science and technology to India’s Mars Orbiter Mission.

Modi is learnt to have told Arun that the doors of the country’s space research establishments would always be open for him.

Sources in Arun’s family told The Telegraph that the young man had been thrilled at the Prime Minister meeting him personally.

According to Ananthakrishnan G. in the The Telegraph, Narendra Modi learnt how the then 26-year-old from Kottayam had declined to give up his Indian citizenship when Nasa offered him a job in January last year:

Arun’s Nasa assignment required him to accept American citizenship at a later date. Since that would have meant losing his Indian nationality, Arun declined.

True to its professionalism, Nasa realised his worth, acknowledged his concerns and took him on board without pressing the citizenship clause. It could not be confirmed whether Nasa had made a similar concession for anyone else before.

It seemed too good to be true. And it was. As the story about this patriot boy's achievements went viral, it attracted the attention of many, including  the Superintendent of Police, Telecommunications, Kerala, Jayanath Jayanthan, who happens to head Netizen Police, an initiative by the Kerala police, a social media group.

He had never met Narendra Modi, he found out, and it was on this group that Jayanth made some enquiries about Arun and it turned out that neither NASA nor MIT had any clue about him and that he was an imposter, a story broken by Rohit Raj of the Deccan Chronicle:

Arun confessed to DC that all these reports were blatant lies spread by him.  Arun  has not been in the US so far for a Nasa  project. His claims of meeting  Prime Minister Narendra Modi and his closeness with an internationally- acclaimed scientist, Barbara Lesko, are also fake.
...

When this reporter  called Arun first, he claimed that he had restrictions from Nasa  and that he could not reveal the details. He promised  that the photograph of his speaking to Mr Modi would be made available. But later, when the details were revealed, Arun confessed everything.

Arun had been working at the Royal University of Bhutan as lecturer between July 2013 to July 2014, a job he had got by showing some of the press-coverage of 2012 cited above.

The IHRD had earlier similarly been fooled by the press-coverage in Malayalam and other media.