The Stigma Of Being A 'Delhi Agent’ In Kashmir

Mehbooba and Omar’s allegations tantamount to accusing the rebel MLAs of being agents of New Delhi in Srinagar. And this is seen as a slur in Kashmir. In short, the worst abuse one can face. 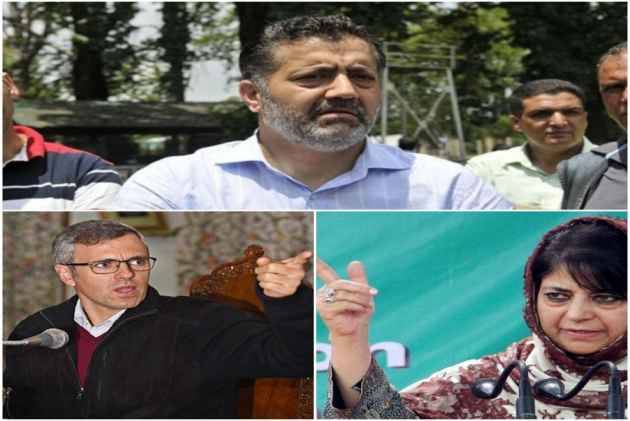 The rebel leader of the People’s Democratic Party, Imran Raza Ansari, and his associates including Sajad Gani Lone are angry with PDP president Mehbooba Mufti. They are also unhappy with National Conference vice president, Omar Abdullah.

The reason is that both Mehbooba Mufti and Omar Abdullah say the rebellion within the PDP is being orchestrated by Delhi. To put it another way, Mehbooba and Omar’s allegations tantamount to accusing the rebel MLAs of being agents of New Delhi in Srinagar. And this is seen as a slur in Kashmir. In short, the worst abuse one can face. Even the accusation of being an American agent is acceptable in Srinagar but not of Delhi’s.

In fact, many rebel MLAs of the PDP are not bothered about other allegations but it is the accusation of being “Delhi’s agent” which they object the most. “Doesn’t she know the cost one has to pay for such kind of allegations,” said one rebel MLA.

He went on to say that the rebel MLAs have no faith in Mufti and this can happen at any other place and any other state as well. “When Mehbooba Mufti says Delhi is doing it, does she not know she is branding all dissenters as stooges of Delhi?” asked Ansari.

Delhi’s credibility in Srinagar, it seems, is at its nadir. Also, it looks like Delhi is not much bothered about it. That is why anyone bracketed as Delhi's agent tries his best to clear the impression as soon as possible.

Here is an example:  A few years ago, a local reporter was filing a story about alleged police atrocities against protesters. The reporter called a senior police official and sought his version and asked him why the police were arresting these boys. Presuming that the reporter was sympathetic to the stone throwers, the angry official told him, “All you press people are IB agents and Delhi’s agent, who want to create trouble here.” The reporter faithfully published the police officer’s statement the very next day.

It is widely presumed in Srinagar that Delhi brought this “agent syndrome” to Srinagar in 1953 when it arrested the then Prime Minister Sheikh Mohammad Abdullah and accused him being a Pakistani agent. Later, Sheikh and his party would accuse the Congress and others of being Delhi’s agents in Srinagar. Sheikh would call Congress members “gandi nali ke keede” (worms of a dirty drain) after the National Conference launched plebiscite movement in aftermath of 1953.

The role reversed in the 1990s when insurgency backed by mass uprising erupted in Kashmir. The separatists in 1990s would call the Abdullahs Delhi’s agents in Srinagar. In 1999, when the Peoples Democratic Party (PDP) was founded, the National Conference described the PDP as a creation of New Delhi to dis-empower Kashmiri voter. NC would often allege that PDP was created after the NC passed the autonomy resolution in the assembly. Things have not changed much. Today, it is Mehbooba Mufti who accuses her rebel MLAs of being potential Delhi’s agents in Srinagar.

Whatever the season, whatever the time, the discourse points to the reality that after 1953, Srinagar has not warmed up to Delhi.