The VVIP Culture In Indian Railways

Successive governments and political leaders have pledged austerity in public life, but the political class has continued to perpetuate India’s feudal culture. 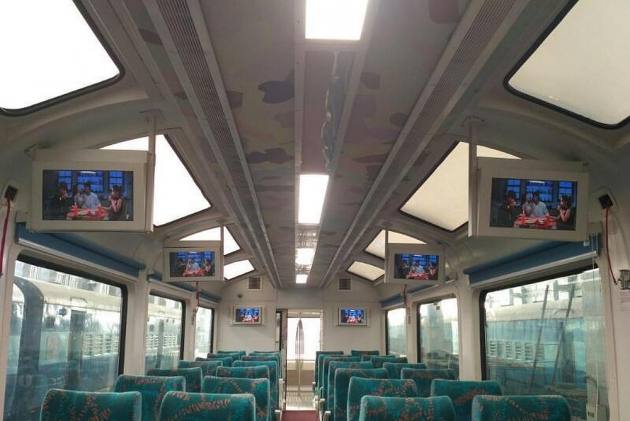 If the presumption was that VVIP culture had long been ended, the unfolding events on the intervening night of August 28-29 – when a Superfast train pulled in at the Gwalior railway station – turned up as rather a shocker. Weaving through the mass of drowsy passengers making their way out of the station, a SUV numbered MP-07-BR-4779 made its way to where the AC-1 coach was positioned with the apparent aim of receiving Union Minister of Rural Development, Panchayati Raj and Mines, Narendra Singh Tomar. A video clip of the incident went viral on the social media; although Tomar has himself denied that the breach of Railway regulations had been done for his benefit.

Successive governments and political leaders have pledged austerity in public life, but the political class has continued to perpetuate India’s feudal culture – so signified as the “Lal Batti” (red beacon) culture. The last one had heard of a car being driven down a platform was at the Bengaluru railway station to receive former Prime Minister H D Deve Gowda.

For historical reasons perhaps, the officialdom of the Indian Railways has remained steeped in a medieval time warp. There is the case of a former Railways Minister who handed out a dressing down to the bunch of officials accompanying him for not having taken care of positioning the Minister’s railway saloon close by. As a result, the Minister had to walk a few steps in Delhi’s balmy monsoon months to board the regal carriage!

Common knowledge is that the office of Delhi’s Divisional Railway Manager (DRM) functions as the port of call for VVIPs embarking or disembarking on train journeys. On an average, approximately 300 VVIPs are either arriving or departing on train journeys from the New Delhi or the peripheral stations. Each one of these are usually escorted to their berths by personnel of the Railway Protection Force (RPF) or the Government Railway Police (GRP). Along the journey, the catering and housekeeping staff are usually found cringing and crawling to please the special travellers.

The “Mai Baap” (My Lord) culture hurts professionalism and denies customers their rightful claims to services that are commensurate of their money’s worth. The VVIP culture must end.

On paper, the idea appears grand: The Railways will lease out an estimated 12,066 acres of unused or abandoned land to private players to build shopping malls, plazas, offices or residential complexes; fetching investments worth a whopping Rs. 1 lakh crore and generating additional revenues of an estimated Rs. 10,000 crore. While this proposal awaits approval of the Union Cabinet, a key question remains unanswered: What about the ethical issues involved in the move of the Indian Railways to monetise land that was awarded to it for building tracks or developing rail infrastructure?

The Rail Yatri Niwas – providing affordable lodging facilities for inter-change passengers – had been a permanent feature at major railway stations including New Delhi in past decades. During UPA-1, the Rail Yatri Niwas at the New Delhi station was leased out to the Tata Group, which now runs the renovated structure as the Ginger Hotel. No concessions or special facilities are offered at the hotel for rail passengers as the facility is now run as a commercial enterprise. Of course, the Indian Railways are benefiting in terms of lease money; but rail passengers have been denied a service that had been originally intended for them. Will passengers find themselves similarly short-changed; now that the Indian Railways is moving in for commercial exploitation of vacant land? Such questions are arising.

Along with the Defence Forces, the Indian Railways are the largest owners of land. Through its 165 year history, the Railways have acquired land to build tracks or to expand its infrastructure. “The idea of commercial exploitation of railway land had been rejected in past years on such premises alone. Several committees including the parliamentary standing committee on railways have held the view that rail land cannot be put to any use apart from providing public utility to the passengers. According to the original provisions of the Land Acquisition Act, land not required by the Railways was needed to have been returned to the state government concerned,” said R Jaruhar, founding Chairman of the Rail Land Development Agency (RLDA).

According to the railway proposal, vacant land at 600 identified stations will be bid out for commercial use such as construction of malls, offices or residential buildings on a 99-year lease. This is in contravention to the accepted international norms of awarding PPP projects on a 40-year lease. The Prime Minister’s Office (PMO) is also said to have reservations to the Railway proposal of leasing land for housing purposes also. The Union Cabinet, at its next meeting, is likely to deliberate on such issues.