'This Is What Non-Consent Constitutes' 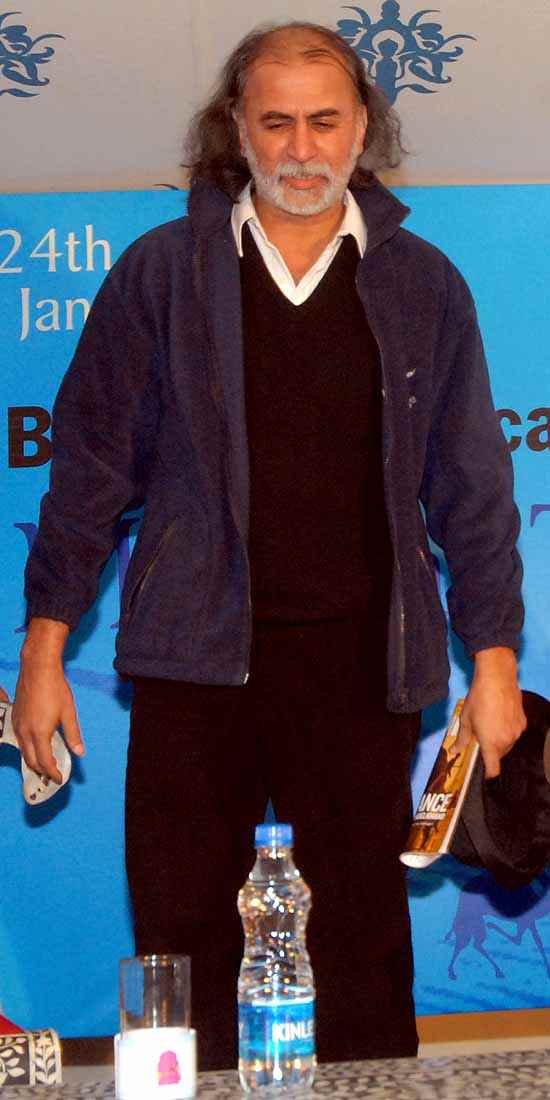 Even before the "unconditional" —what is now being called a "formal" — apology, the editor in chief of Tehelka, Tarun Tejpal, wrote the following letter to the young journalist in his magazine who had accused him of a sexual assault.

This email has done the rounds today, ostensibly as a defence of Tarun Tejpal:

This is not the formal apology you seek. That will follow in a few minutes too. This is the informal one, for you and me.

I am sorry at the immense distress that’s been caused to you by my lapse of judgment, but I want you to know its been totally devastating for me too, in every possible way (and since you know [XXXX] and [XXXX] well, you would know what I am saying).

This is for me to figure out how it went so terribly misunderstood and wrong. To begin with, for ten years at Tehelka one has ensured no shadow of anything limits or cramps the women journalists. At every forum, public and private, I have lauded the great work done by Tehelka’s women reporters and editors; and have personally always stayed at arm’s length. You yourself were always treated with the highest regard and accommodation and affection, and nothing ever asked of you save great work. Your continuous growth was always a source of pride. That you were tasked to escort De Niro was merely the latest token of our trust.

The context that ill-fated evening, of our conversation, as you will recall, was heavily loaded. We were playfully and flirtatiously talking about desire, sex; you were telling me the Bob Geldof story in graphic detail, and about [XXXX], and the near-impossibility of fidelity; and of the aftermath of meeting me one stormy evening in my office when I was sitting watching the thunderclouds. I also want to clarify that yes, you did say at one point that I was your boss, and I did reply “that makes it simpler” but in the very same breath and sentence I said to you “I withdraw that straight away – no relationship of mine has anything at all, ever, to do with that”.

It was in this frivolous, laughing mood that the encounter took place. I had no idea that you were upset, or felt I had been even remotely non-consensual, until [XXXX] came and spoke to me the next night. I was shocked and devastated at the time. Both because you felt I had imposed on you (which had neither been my reading or intention), and because I felt I had been totally irresponsible and foolish to have anything furtive to do with [deleted].  At that very moment I was filled with shame, and still am. (And what is not true is that I ever, even remotely, whispered any word in intimidation.)

You have made it clear that I read it all wrong, and I will not dispute it, nor underplay your anger and hurt. This is easily the worst moment of my life – something ostensibly playful gone so horribly wrong, damaging of all that I hold dear in life, from people to principles.

I ask you to forgive and forget it. I will meet your mom and apologise to her too – and [XXXX] if you so wish. I also want you to keep working at Tehelka as you always have, reporting to Shoma as you do. Both Tehelka and Shoma have never let you down.

My punishment has already been upon me, and will probably last till my last day.

But the claims and insinuations made by Mr Tarun Tejpal in this "personal" e-mail, were squarely rebutted by the journalist in her response, which is entirely consistent with the stand taken by her and the charges made by her in other emails, unlike Mr Tejpal:

1. The conversation from that night was not "heavily loaded" or "flirtatious" – you were talking about “sex” or “desire” because that is what you usually choose speak to me about, unfortunately, never my work, which if you had had occasion to read, you might not have attempted to sexually molest me, and certainly would have known that there was no way that I would stay silent about it and just vanish. There was no “aftermath” of that evening with the “thunderclouds” — this is exactly what happened: I wanted to discuss the first story I had written about [deleted] with you. [XXXX] called me to your office, I walked in and you were lying on the couch with the lights off. I asked you if you wanted me to turn [t]he lights on, and you refused. You continued to lie on the couch. I sat on a chair across from you in the same room and told you the survivor’s story. I wish again, that you remembered the professional reason I had met you that evening, instead of the storm and the thunderclouds.

2. This is what non-consent constitutes: the moment you laid a hand on me, I started begging you to stop. I invoked every single person and principle that was important to us — [XXXX], [XXXX], [XXXX], [XXXX], the fact that you were my employer, to make you stop. You refused to listen. In fact, you went ahead and decided to molest me again on the following night. We have often spoken of “what turns men into beasts” at Tehelka edit meetings, you yourself have commissioned several stories on this. It is this — not being able to take no for an answer.

3. You never, even once uttered the following words: “I withdraw that straight away - no relationship of mine has anything at all, ever, to do with that". If your attempt at sexual molestation were really as consensual as you seem to imply that it was Tarun, why would you have suddenly switched to speaking in legal terms in a “frivolous, laughing” moment?

4. Not only did you lash out at me verbally for telling [XXXX], you also sent me a text message the next morning saying “I can’t believe you went and told her even the smallest thing. What a complete absence of understanding of a parent-child relationship”. Tarun, I can’t believe you think molesting an employee your daughter’s age, who is also [deleted] is something you’d describe as “the smallest thing”. What an absence of understanding of what Tehelka stands for.

Unfortunately, your desire to apologize to [XXXX] only reeks of your own patriarchal notion that men own and possess female bodies, and that since you violated what you recognize as his “property”, you are in some way accountable to him. The only people you owe an apology to are your employees at Tehelka, for desecrating their and my faith in you. Please do not attempt any further personal correspondence with me — you lost that privilege when you violated my trust and body.