Thugs Of Hindostan: Why is Aamir Khan Sorry? Nobody Is Infallible At The Box Office

Hits and flops are an intrinsic part of the show business and an actor, howsoever big, has to take his flops in his stride. The Indian cinema history is replete with examples of the failure of good films, let alone the awful ones. 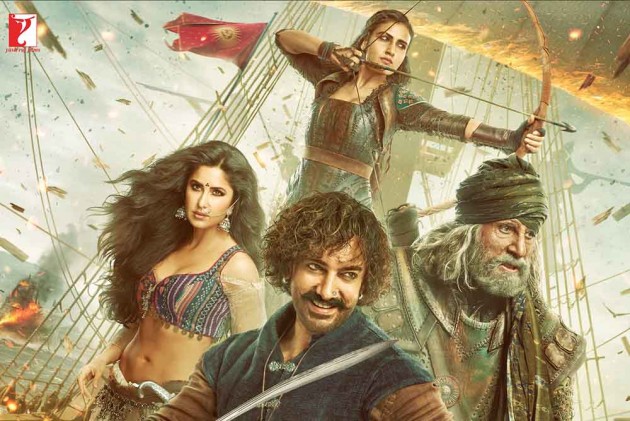 Aamir Khan has apologised for the failure of Thugs of Hindostan, his big-budget project which was expected to do unexpected business at the box office, but ended up as an all-time disaster in the history of Indian cinema. It did do unexpected business on the first day of its release when it minted Rs 52 crore on the ticket windows, but it was not long before it collapsed like the proverbial house of cards, sending shock waves across Bollywood.

But why did Aamir have to be so sorry about it? In an industry where he works, such debacles are not rare. Any avid Bollywood watcher would tell you that there has been no formula for a film’s success. Hits and flops are an intrinsic part of the show business and an actor, howsoever big, has to take his flops in his stride. The Indian cinema history is replete with examples of the failure of good films, let alone the awful ones. Guru Dutt’s Kaagaz Ke Phool (1959) is an oft-cited instance of how a gem of a movie, which attained the status of an all-time classic in later years, failed to impress cine-goers. In 1982, even Ramesh Sippy’s brilliant Shakti, starring two greats, Dilip Kumar and Amitabh Bachchan for the first time, did not set the cashboxes ringing. And then, there are numerous small ventures such as Jaane Bhi Do Yaaro (1983) and Sparsh (1980), which were commercial disasters despite being great cinematic experiments. On the contrary, too many mindless potboilers have defied the logic to hit the jackpot over the years.

Aamir should be no stranger to such fluctuating fortunes at the turnstiles, as he belongs to a film family. His illustrious uncle Nasir Hussain, known for superhit romantic musicals, and his father Tahir Hussain made both hits and flops in their heyday. In fact, Nasir was charged all through his career with having made movies on the same plot over and over again but he laughed all the way to the bank all through the sixties and the seventies. And when he tried to do something different with Baharon Ke Sapne (1968), success eluded him. His hit formula ran out of steam only in the 1980s when the viewers rejected Zamane Ko Dikhana Hai (1981), Manzil Manzil(1984) and Zabardast (1985).

Like Hussain, every big filmmaker of his time had his share of disasters. The great showman Raj Kapoor was no exception as he had a major damp squib in Mera Naam Joker (1970). Manoj Kumar tasted failure after many years with Clerk (1989) while Feroz Khan’s Prem Aggan (1998), his launch pad for son Fardeen, turned out to be a commercial dud. Many filmmakers with an enviable track record such as Manmohan Desai, Prakash Mehra and Subhash Ghai too had to contend with huge flops in their career. All this underlines the fact that nobody has ever had any idea about how the audiences would respond to a particular film.

Film-making is actually a teamwork and no individual should suffer from any pangs of guilt for a movie's failure. But being Mr Perfectionist and a huge star that he is, Aamir perhaps thinks that he owes an apology to his fans for letting them down. In the past 20 years, more so in the last decade, he has had a reputation as someone who knows the box office like the back of his hand. Thugs of Hindostan, therefore, must have come as a rude shock to him. As a conscientious star, he apparently thought it wise to take “full responsibility” for “not entertaining the audiences”. But in doing so, he is only putting more pressure on himself. Isn’t he?

Aamir should realise that he is an actor and not merely a hit machine. He or his admirers should not expect each of his movies to be a veritable pot of gold. Actually, he should take a leaf out of the book of Salman Khan, who remains unapologetic over the box office fate of his films and claims that even his flops do a business of Rs 150 crore. Or, he should look at the career graph of Naseeruddin Shah, who remains a great actor regardless of the innumerable flops to his credit.

What should Aamir be really worried about is why and how did he err in the selection of the script this time? Thugs of Hindostan, doubtless, had a hackneyed script. He should ponder over it but, at the same time, he should also remember that nobody is infallible in this business where the ultimate arbiter of a movie’s destiny is a fickle audience. Not even someone who strives for perfection in each of his outings!