Video: Don't Show It To The Khaps 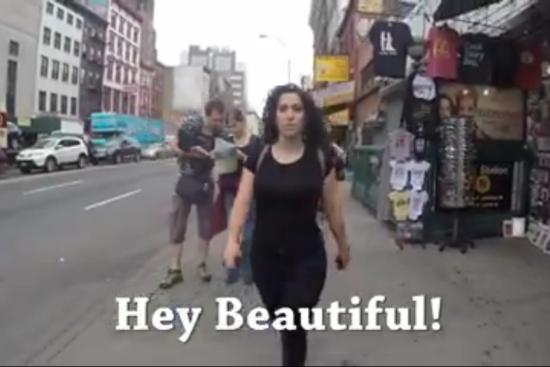 A video "10 Hours of Walking in NYC as a Woman" posted by Street HarassmentVideo has notched up over 10.5 million views in less than two days of being posted on YouTube.

The video, which starts with a woman putting on a hidden camera, says "10 hours of silent walking through all areas of Manhattan wearing jeans and a crewnecked t-shirt", the woman experienced more than 100 instances of verbal street harassment from people from varied backgrounds, not counting the winks and whistles.

Recently, in Haryana, after a Chief Minister of the BJP with an RSS background took over, the Hindu Mahasabha had passed a diktat asking girls not to wear jeans or to use cell phones, saying these led to rapes and sexual harassment.