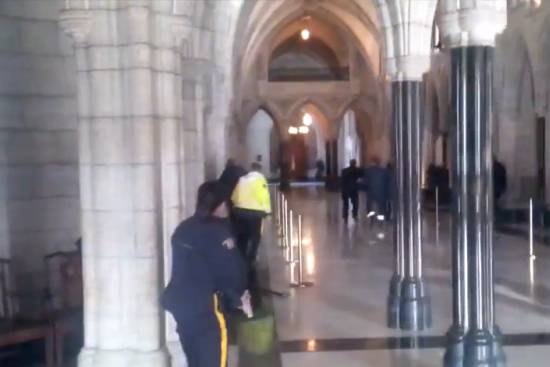 A gunman fatally wounded a soldier guarding the National War Memorial in the heart of Ottawa, the Canadian capital, and entered the nearby Parliament building, firing multiple shots, before he was shot by the police and killed.

The Ottawa police have confirmed in a statement that the gunman was killed inside the Parliament building, while the soldier died later at a hospital.

The Canadian Press has named the sergeant-at-arms, Kevin Vickers, as the policeman who shot and killed the gunman.