Video: The Unspoken Referendum Of Kashmiris 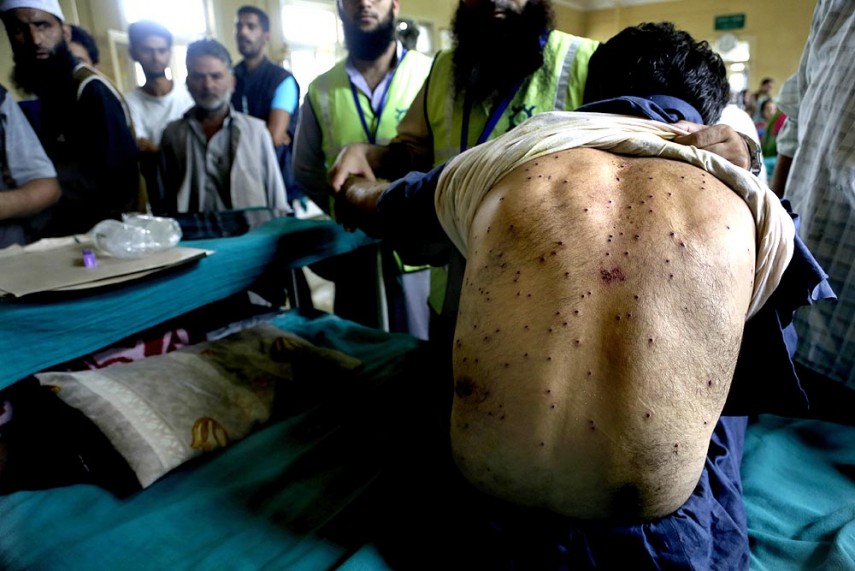 Nine-yr-old Hazeela was playing in a children's park when the pellet, fired by the security forces, hit her in the left eye partially blinding her; 300 pellets were found in Riyaaz's body who succumbed to the injuries just for day before his brothers wedding.

"For us, college can wait but not the death. So India, while Sindhu got a silver for you, here (in Kashmir) is a gold for you," says Hishma Nazir in a video directed by Sanjeev Sikri that is going viral on the internet.

Nazir, in the video, invokes the brutality of armed forces in the Kashmir valley and the several human rights cases that often go unnoticed in the mainstream Indian media. She talks about Kunan Poshpora case which is still unheard by and forgotten by candle-light marches and asserts that "while Damini is,  Asiya is no India's Daughter".

"Kashmir is yours and Kashmiris not? The seven lakh troops that you need to keep the 'integral part' and that, Dear India, is the unspoken referendum of Kashmiris," she says.

In the aftermath of killing of Hizbul Mujahideen commander Burhan Wani in an encounter in South Kashmir on July 8, the Kashmir Valley has been reeling under immense tension. In a state of complete political logjam, curfew in the valley has now entered its second month. The violent clashes have left 72 people dead and several thousand injured.