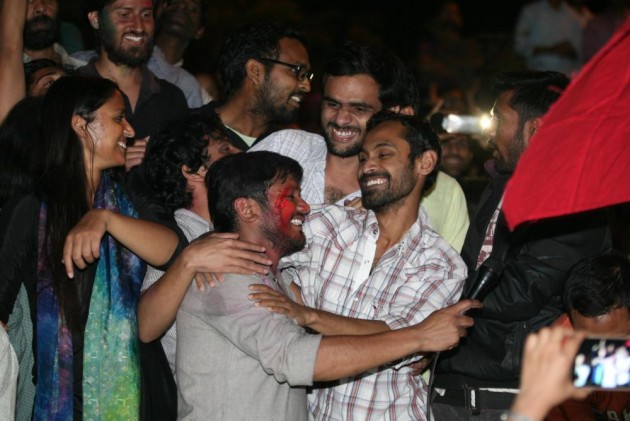 Scores of Jawaharlal Nehru students celebrated the release of Umar Khalid and Anirban Bhattacharya on interim bail. The duo had been arrested in a sedition case almost a month ago.

Much like the JNUSU president Kanhaiya Kumar who took the nation by storm with his fiery speech after his release from jail, both Umar Khalid and Anirban Bhattacharya addressed the huge crowd of students and supporters that gathered on the campus: