What Arun Jaitley Said On Post-Retirement Jobs For Judges 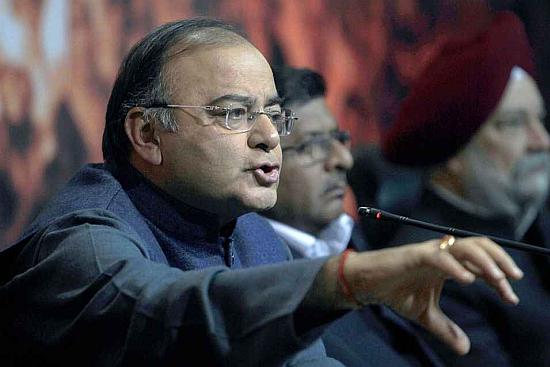 While the Congress has attacked the appointment of former Chief Justice of India Palaniswamy Sathasivam as the new Governor of Kerala, and asked if he was being given the gubernatorial post for giving relief to the BJP President Amit Shah in a fake encounter case last year, it has also brought up the question of what the current finance and defence minister Arun Jaitley had said in the past about former judges and their post-retirement appointments to positions that could be considered political.

Sathasivam was on the Supreme Court bench that scrapped a second FIR against Shah in the fake encounter case, saying it was linked to the bigger Sohrabuddin Sheikh killing case and did not need to be separate.

Noting that Sathasivam was the first former Chief Justice of India set to be appointed as Governor, Congress wanted to know from the government whether it was moving to a system where, as Congress spokesman Anand Sharma put it, "we expect judiciary to be committed to government for political patronage post retirement".  He went on to say:

"Why was he made [Governor of Kerala]? This raises a question if he has done some work, for which they are pleased. Prime Minister Modi is pleased, Amit Shah is pleased and that is why he is being honoured.

"Is there anything in his persona, functioning or his decisions, which has really attracted very warmly, very positively, the acceptance of prime minister and BJP president. It is but natural that these questions would be asked

"There is something that has gladdened the heart of the PM. There are other retired CJIs but why has the government chosen this one, the just-retired CJI."

On his part, the ex-CJI objects to the insinuat  “At that time nobody would have expected that Mr. Shah would become BJP President. We did not give Mr. Shah clean chit in the case. In fact I shifted the Sohrabuddin case to Maharashtra. In the very same judgment, the court had given liberty to the CBI to file a supplementary charge sheet against Mr. Shah.”

The Congress spokespersons of course do not mention that in the past another former CJI, Ranganath Misra, was nominated to the Rajya Sabha by the then Congress government.

Now on to the party in power. Significantly, in September 2012, its senior leader Arun Jaitely had argued:

"But this clamour for post retirement jobs is adversely affecting impartiality of the judiciary of the country and time has come that it should come to an end...

"For two years after retirement, there should be a gap (before appointment), because otherwise the government can directly or indirectly influence the courts and the dream to have an independent, impartial and fair judiciary in the country would never actualize.

"The tendency of judges to follow the ballot box, to get carried with the times, has to be avoided. The judiciary is the lifeline of a democracy, and if people lose faith in it, they lose faith in democracy itself

"Now through judicial verdicts post retirement jobs are being created. My experience in this regard is quite bad. When I was a minister I would be wary while meeting a retiring judge that he should not hand me his bio data...

This was not just an off-the-cuff view, because Mr Jaitley reiterated the same sentiments in February 2013when he questioned Justice Katju's criticism of the then Gujarat Chief Minister:

I have held a strong view that Judges of the Supreme Court and the High Courts must not be eligible for jobs in the government after retirement. In some cases the pre-retirement judicial conduct of a judge is influenced by the desire to get a post retirement assignment. However, we are still operating under a system where various tribunals and other quasi-judicial assignments are filled up with retired judges.

Retired judges must remember that the rental for occupying a Lutyen's bunglow post retirement has to be political neutrality not political participation.

While the Congress quotes from Mr Jaitley's past speeches, it should be recalled that this is not the first time when Mr Jaitely's speeches and blog posts in the past have proved to be diametrically opposite to his stance in the government or the decisions taken by the NDA. Off-hand, his U-Turn on the Henderson Brooks Report comes easily to mind.

Do take our poll: The Ex-CJI As Governor