When Martina Navratilova Proposed To Her Girlfriend 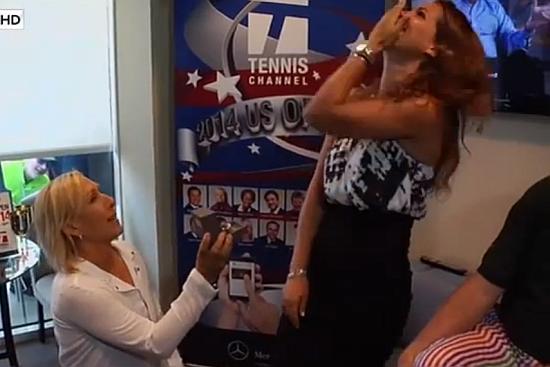 The U.S. Open is where Martina Navratilova won four singles titles and nine doubles titles during a career considered one of the best ever in tennis. She still holds the record for most singles and doubles titles in the Open era.

So what could have been a better place or occasion than Flushing Meadows for her to propose to her longtime girlfriend, former Russian beauty queen Julia Lemigova? And the Czech-American icon did just that: in a TV suite between the two men’s semifinal matches on Saturday, Spetember 6.

The engagement was broadcast on the big screen at Arthur Ashe Stadium in New York as legions of tennis fans cheered the couple on.

Navratilova told the Associated Press: "I was very nervous. It came off, and she said yes.”

Florida, where the couple resides, and hopes to get married in, has not yet legalised same-sex marriage.

Navratilova and Lemigova, who have been together for six years, said they expect the law will change within a year.

Navratilova tweeted afterward: "Thanks everyone for your good wishes—I am very happy, so is Julia and our whole family:)" 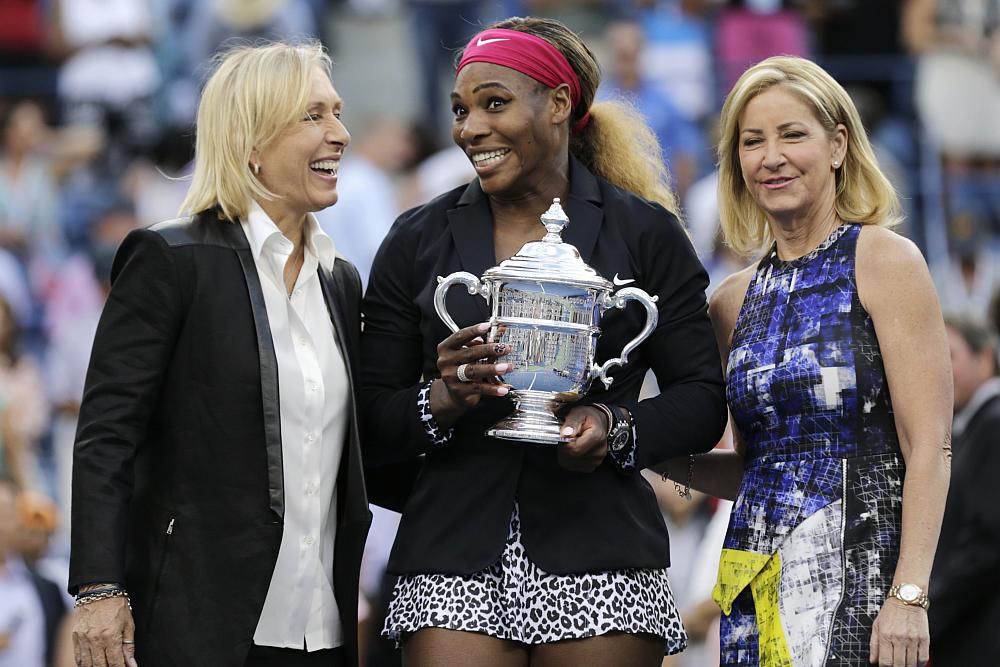 Fortuitously, a few hours after the proposal, the current world No.1 Serena Williams equaled Navratilova’s record of 18 Grand Slams when she won the U.S. Open. Williams is now tied with Navratilova and Chris Evert in the record books, and will surpass them if she wins another title.

Thanks everyone for your good wishes- I am very happy, so is Julia and our whole family:)