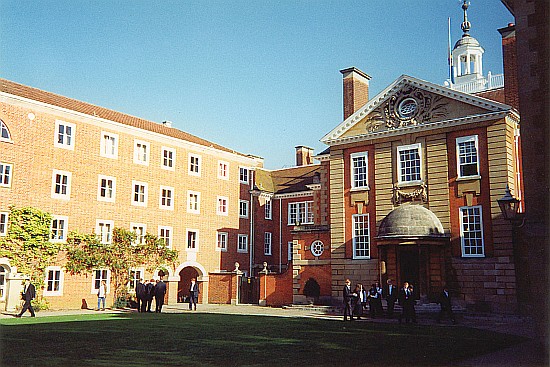 'Whistleblower' journalist Alan Rusbridger who was the editor-in-chief of the Guardian from 1995 to 2015 is perhaps the best known for his decision to destroy hard drives containing information leaked to media house by Edward Snowden, instead of complying with a government demand to hand over the data. Under his editorship, the Guardian published files of US intelligence – including warlogs from Iraq – in collaboration with WikiLeaks.

Last year, after he hung his boots as Editor, he was swiftly appointed the Principal of Lady Margaret Hall, University of Oxford.

Now in a three-piece blog, Rusbridger has given a lucid, insider's view of the way admissions happen at Oxford. The blog is an absolute must read for anyone who wants to apply to the prestigious institution in the UK.

The first part of the blog series is called: Shortlisting

The complexity arises from the college system at Oxford.? In other universities there would be one central admissions funnel through which all applicants pass. At Oxford there are the faculties as well as 30 colleges (not to mention six permanent private halls) that admit undergraduates.

The second part is called: The Interview

Some are nervous, some ice cool. Most seem pretty adept at thinking under pressure - even with questions raining in on them (I counted 20 in 10 minutes from Pawel). There are moments when brains seem to freeze and the only human reaction is pity. Some visibly wilt after 15 minutes of intellectual cut and thrust. Others seem to draw energy from it.

And the third part is called: Pooling

They jokingly call it horse-trading – the meeting when admissions tutors from different colleges get together to agree a pool of candidates who deserve a place at Oxford, but aren’t among the first choices of the individual colleges.

Clearly, Mr. Rusbridger is missing his life as the Guardian Editor because his Principal's blog on life at Oxford is already running into several chapters.

Perhaps, someday, a book on it, Mr. Rusbridger?