Who Spends More On Their Military, India Or Pakistan? 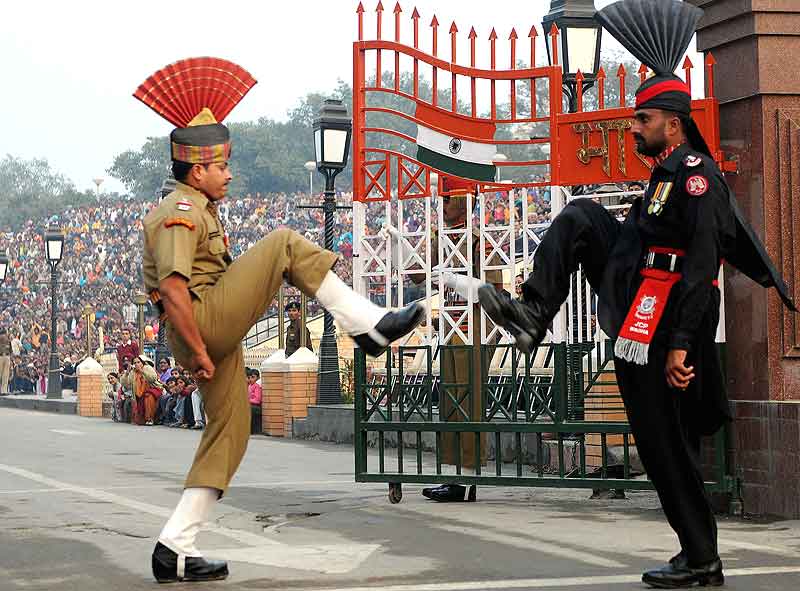 outlookindia.com
1970-01-01T05:30:00+0530
“One man may not kill. If he kills a fellow-creature, he is a murderer. If two, ten, a hundred men do so, they, too, are murderers. But a government or a nation may kill as many men as it chooses, and that will not be murder, but a great and noble action. Only gather the people together on a large scale, and a battle of ten thousand men becomes an innocent action. But precisely how many people must there be to make it so?—that is the question. One man cannot plunder and pillage, but a whole nation can. But precisely how many are needed to make it permissible?”

― Leo Tolstoy, The Kingdom of God Is Within You

After the surgical strike inside Pakistan occupied Kashmir, military is the leitmotif of the season. Prime Minister Narendra Modi said a strong army is a prerequisite for a strong country.

Surprisingly, while this is the lowest percentage of it's GDP that India has spent on military in the last 10 years barring 2007, the absolute value shows that this is the highest that the country has spent for the same, a figure that has steadily increased since 2005.

The percentage of the GDP Pakistan used for the upkeep of its military strength was at its lowest in 2007 and 2008. Both 3.1% and their absolute values were $6.7 billion and $6.9 billion respectively. This coincides with a sudden drop in Pakistan's GDP growth rate -- from a 5.54% in 2007 to a mere 0.36% in 2009. While the GDP they spent remained the same for the next two years, the absolute values showed steady increase since 2011. So did the percent of GDP used.

While it may seem that Pakistan uses more of its GDP on defence than does India, let us not forget that India's nominal GDP in 2015 was $2,308.018 billion and Pakistan's was $270.96 billion, which means even if Pakistan doubles the percentage of GDP it is currently spending on military, the absolute amount can't match up to the amount India allocates to defence in its Union Budget.

*figures in the table are in are in millions

The Chills Are In But 'Winter Is Not Here Yet'