Why Indian Railways Is Bad At Implementing Big-Ticket Projects

On the patterns of the National Highway Authority of India (NHAI), there is probably a case for hiving off project execution work from the Railways. 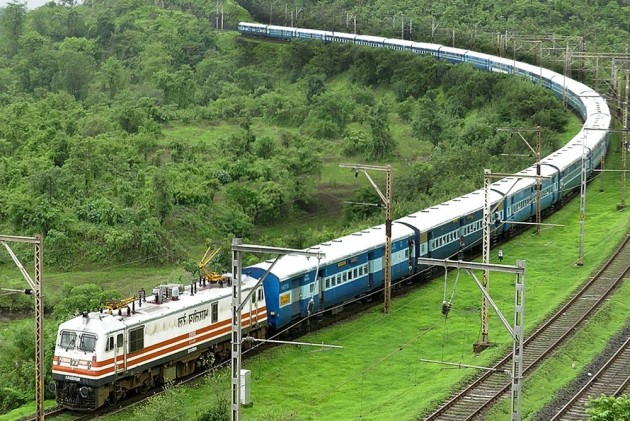 As one gets closer to 2019 national general elections, the Indian Railways seems to be getting consumed by futuristic and grand projects: The “world’s highest” rail track – at 5360 meters above mean sea level – being planned on the Manali-Leh stretch; the ambitious Bilaspur-Manali rail link project is increasingly coming in focus.

Let this be said upfront: There can be no quarrel that the Indian Railways does have a big deal of catching up to do to come at par with technology and standards of the railways of the world. Much of the current mess of India’s state-owned transporter are an outcome of the organisation’s inability in past years to devise and work towards meeting futuristic needs of rail travel.

The record of the Indian Railways at implementing big-ticket projects has been uninspiring. The Srinagar-Baramulla-Udhampur railway project has been delayed by over 16 years resulting in cost overrun of Rs 25,446 crore, according to a report by the Union Ministry of Statistics and Program Implementation. In the eleven years that the ambitious Dedicated Freight Corridor project has been in the execution phase, not one kilometre of rail line has been opened for freight traffic. During the 17 years that the Indian Railways managed implementation work on the Kolkata metro, only 17 kilometres of rail lines were built. After the Kolkata Metro Rail Corporation (KMRC) was set up, 50 kilometres of lines were constructed in a period of approximately five years.

Rail officials are among the best bureaucrats off the block; but the reason they are considered laggards in terms of project execution is they are mostly tied down by the organisation’s business interests of earning better revenues by transporting items including coal, steel or fertilizers.

On the patterns of the National Highway Authority of India (NHAI), there is probably a case for hiving off project execution work from the Railways. “The need of the hour is to create a Special Purpose Vehicle (SPV) on project implementation, with independent authority and a direct reporting line to a Group of Ministers or the Prime Minister’s Office," suggests a senior official.

Amidst the overwhelming hype over the construction of the world’s tallest Sardar Patel statue, the Indian Railways have decided to chip in with their bit to inculcate a patriotic fervour.

By the end of the year, 100-ft tall tricolours will be installed at the premises of 75 of the busiest stations. Seven of these will come up at Mumbai alone.

“The flag should be provided in circulating area of the stations and at suitable place. It should be provided with focused lights. The security and safety of the flag shall rest with Railway Protection Force (RPF),” says a railways order, while adding that the cost of the work may be charged under umbrella work of ‘soft upgrades improvement at stations’.

Passenger representatives, however, expressed reservations over the move.

Ratan Poddar, a member of the Zonal Railway Users Consultative Committee (ZRUCC) panel set up by the Western Railways, said, “the priority of the Railways should be upgrading the passenger amenities and installation of flags is certainly not related to that. I don’t think mere installation of flags will instil a sense of patriotism in people”.

The wait for T-20 begins

With the T-18 trains having been readied, focus has shifted to T-20 – the Next-Gen Aluminium-bodied Sleeper Class trains that is expected to replace the Rajdhani Express trains by 2020.

T-18, an indigenously developed 16-coach semi high-speed train set designed to run at a maximum operating speed of 160 kilometres per hour, will run on the existing Shatabdi routes. The indigenously developed train is currently undergoing trials and waiting clearance from the Research and Development Organization (RDSO) for start of commercial operations.

T-18 comes at an approximately half the price of an imported train of the same class and provides for better passenger amenities such as onboard WIFI infotainment, GPS-based Passenger Information System, plush interiors, bio-vacuum toilets, diffused LED lighting and intelligent air conditioning systems. The train will also have rotating seats to match with the direction of the train and has an advanced suspension system to ensure smooth and safe journey to passengers.