Why Is Rail Minister Piyush Goyal A Reluctant Reformer?

Rail reform plans remain either half-done or haven’t materialised at all. A chunk of the projects are ‘work in progress’ for long. Why are the tracks laden with red signals than green? 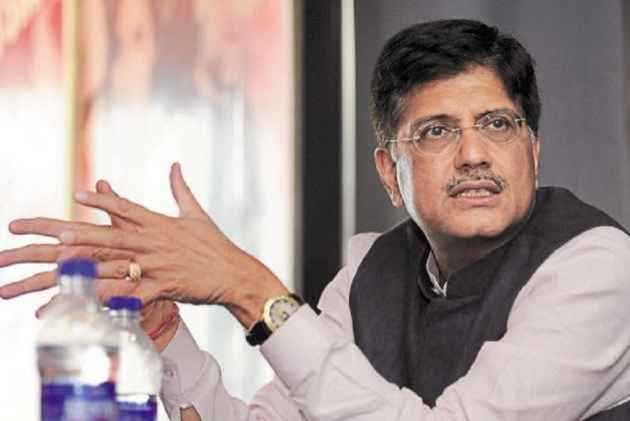 In the fifth year of the NDA government’s tenure, Railway minister Piyush Goyal has launched an exercise that ought to have been initiated in the first: of taking a call on the future of the country’s long-pending projects that have continued to drain rail finances.

Actually, not much is left to be discovered, as the facts are known to all: India’s colonial-era transporter has today 359 projects worth a whopping Rs 4.5 lakh-crore that are effectively work in progress. Of the 150-odd new line projects lying incomplete, 99 (worth Rs 60,000 crore) were sanctioned in the last 10 years. Of them, just one has been completed—as the Narendra Modi government’s first Railway minister D.V. Sadananda Gowda said in his Budget speech of July 2014.

In the last three decades, 676 rail projects had been sanctioned. Of these, 359 have remained work in progress. In the past decades, the usual practice has been to release nominal sums (approximately Rs 1 lakh each) to these projects; allowing them to bleed.

If populism had been the governing principle of the Railways ministers of the erstwhile UPA regime (be it Mamata Banerjee or Lalu Prasad), the leitmotif of those at the helm in the current NDA rule seems to be a narrative of magic realism. If Mamata or Lalu had been interested in announcing new trains or stoppages (particularly in their home states), Goyal and his immediate predecessors seem(ed) to have been influenced by grand schemes such as the construction of international class railway stations (at Gujarat’s Gandhinagar for example). If Mamata or Lalu had wanted to use rail finances to build schools, hospitals or sporting stadiums for the “aam aadmi”, Goyal and his predecessors have concentrated on schemes such as providing free WiFi and “airline-type” toilets to rail passengers.

If Lalu’s had been captivated by the “Garib Rath” trains, the Railways ministers of the current regime get themselves into rapturous joy from time to time on the prime minister’s signature scheme of the Mumbai-Ahmadabad bullet train. If setting up coach factories had been the overriding concern of the railways ministers of the UPA regime, the NDA ministers have concentrated on infrastructure development— particularly doubling/tripling projects on congested routes.

Amidst the apparent differences in the approach of the UPA and NDA regimes, some issues have remained unchanged. The MPs are no longer making rounds of the Railways minister’s office with memorandums demanding more trains or stoppages/facilities relating to their constituencies, even as the policy of populism has not altogether been shunned. In the PM’s constituency of Varanasi and nearby areas, for example, over 30 rail projects worth over Rs 10,000 crore are in progress. Varanasi is also the originating station of the luxury Mahamana Express, while the first of the superfast Tejas trains was run on the Mumbai-Goa route (represented by two Railway ministers of the present NDA regime).

Indeed, existing realities do not stand testimony to the theory of Bihar’s dominance in rail projects.  Maharashtra, Uttar Pradesh, Karnataka and Andhra Pradesh have been big gainers in terms of the award of rail projects in past years. At the end of 2016-17, Maharashtra had 5,784 km of rail tracks against 3,714 km in Bihar, 5,259 km in Gujarat and 9,167 km in Uttar Pradesh. Odisha is placed among states with the lowest rail density, with 2,589 km of tracks.

In the first flush of its massive victory in 2014, the NDA government affected a 14.5 per cent hike in passenger fares; but had to roll back the fare increase for the Mumbai suburban trains following massive protests from the MPs of the Shiv Sena, an alliance partner. In the last four years, the Modi government has refrained from raising passenger fares despite falling revenues and a spiraling scale of the operating ratio (calculation of paisa spent against every rupee earned by the Railways).

Plans to set up an independent rail regulator—to fix fares on the basis of market conditions—have not materialised.  The Rail Board restructuring plan remains half done. At best, Goyal is being seen as a “reluctant reformer”.