Kishore Kumar did consider the venerable K L Saigal as his guru, and used to sing his songs all the time. He had, in fact, grown up listening to Saigal’s songs. 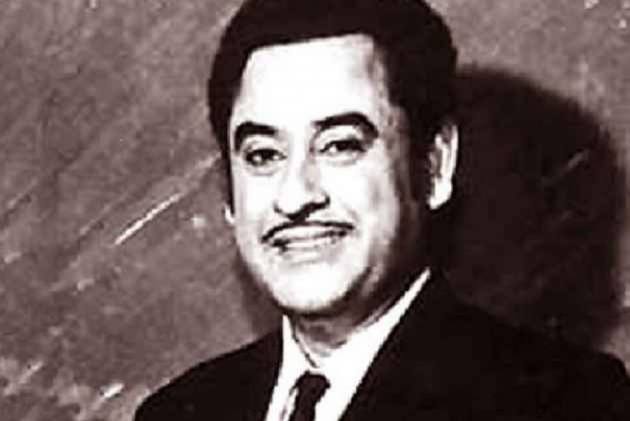 The inimitable Kishore Kumar, one of the greatest playback singers of all times, passed away 31 years ago on October 13 at the age of 58 in Mumbai. But long before he was considered great, there was a time -- the 1950s and 1960s to be precise -- when as a singer, he was treated with utter disdain by many a great music director of Bollywood. Except for his mentor-in-chief Sachin Dev Burman, nobody believed that the maverick younger brother of Ashok Kumar could do anything beyond yodelling.

The great Naushad and the majority of his contemporaries who ruled the roost those days swore by the genius of Mohd Rafi, who was a trained and astounding classical singer. In fact, so contemptuous was Naushad of Kishore’s singing style that he gave him only one song in his entire career. It was a duet with Asha Bhosle, 'Hello Hello Kya Haal Hai' in a 1975 Rajendra Kumar-Hema Malini starrer, Sunehra Sansar, which was not even used in the movie. But by that time Kishore had become the numero uno singer of Bollywood and Naushad was well past his prime. Many music critics believe that Naushad’s refusal to accept Kishore’s innate singing talent in the 1970s hastened the veteran composer’s downfall.

Kishore was not taken seriously by the composers like Naushad and others primarily because he did not have any classical background. In keeping with the deep-rooted traditions of the guru-shishya parampara of Indian classical music, it was considered necessary for a singer to have a proper guru for honing his skills. But here was a happy-go-lucky man who was his own guru and his own shishya.

An iconoclast in the truest sense of the word, Kishore simply did not care about any traditions. He just loved singing and he sang from his heart, which made all the difference. During the sixties, he sang either for Dev Anand or for himself on the screen. He had already been branded as a madcap who was not interested either in his singing or acting career. It was the phenomenal success of his songs in Rajesh Khanna’s Aradhana (1969) that brought him back triumphantly in the mainstream cinema.

Even though he subsequently proved his classical mettle in movies such as Amar Prem (1972), it was his rendition of 'Mere Naina Saawan Bhadon' for the Rajesh Khanna-Hema Malini starrer, Mehbooba (1976) that stunned his critics into silence. Even today, seasoned artistes break into sweats whenever they have to sing this song on stage or during television shows. His alaap in the song underlined the fact that you don’t have to undergo rigorous riyaaz under a guru for hours every day to achieve excellence if you are born with a ‘blessed’ voice.

Interestingly, Kishore did consider the venerable K L Saigal as his guru, and used to sing his songs all the time. He had, in fact, grown up listening to Saigal’s songs. But when the leading music company HMV asked him to do a cover version of all the hit Saigal songs in the early 1980s, he flatly refused. “I do not want even a single fan of mine to say that I have done a better job than my guru,” he said.

That was his tribute to his 'guru' who had never trained him in the first place. That was Kishore Kumar!