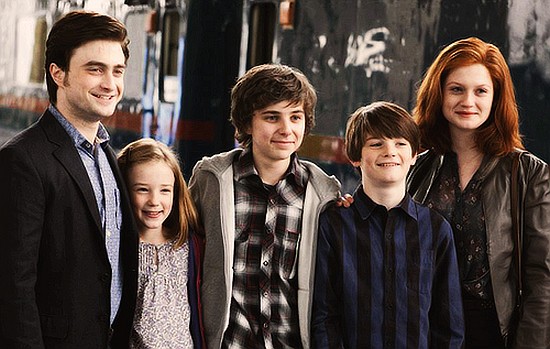 Potterheads across the globe went bonkers after author of the widely-loved Harry Potter series, J.K. Rowling, tweeted this:

I'm in Edinburgh, so could somebody at King's Cross wish James S Potter good luck for me? He's starting at Hogwarts today. #BackToHogwarts

Harry Potter, the boy wizard whose life at the Hogwarts School of Witchcraft and Wizardry kept millions captivated, both in print and on-screen is 35 years old now and it's his son, James Sirius Potter — named after Harry's father James and Harry's godfather Sirius Black — who has received his letter of acceptance from Hogwarts (wonder if they still use owls for post) and is all set to start school.

Excited fans went berserk wishing Harry Jr the best of luck and asking him to enjoy the next years of his life.

Some even sounded like old relatives exclaiming on the swift passage of time — "Has it really been 19 years already?"

But the fun didn't stop at King Cross Station's Platform 9 3/4. Rowling even tweeted about the sorting ceremony where freshers are sorted into the four Hogwarts houses — Gryffindor, Hufflepuff, Ravenclaw and Slytherin.

Teddy Lupin is of course the son of James Potter's friend late Remus and Nymphadora Lupin.

Many Potterheads seemed disappointed that James Potter was put into Gryffindor and not Slytherin.

Harry's other children Lily Luna and Albus Potter are still in primary school but hopefully they will be off to Hogwarts soon.

Here's hope that Rowling comes up with some great stories about their adventures at Hogwarts instead of simply teasing fans on Twitter.

The Quran Discovery That Could Rewrite Islamic History