'Women Who Remain Single Are Prone To Have Psychological Problems': Justice Katju 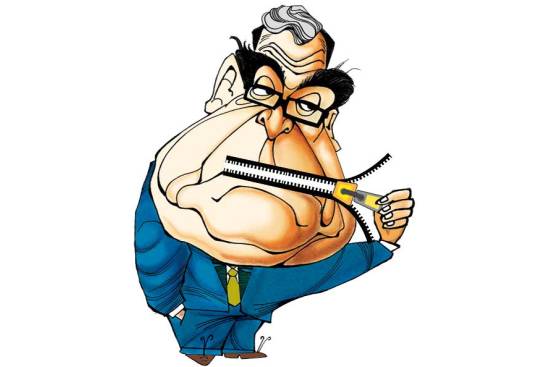 The retired SC judge and former Press Council of India chairman came out with a startling post which was not just homophobic but also sexist, misogynist and patriarchal, saying, 'a woman has to get hold of a man, not merely to make her pregnant, but also to look after her and provide for her financially while she is performing this role'

Nowadays many so called ' modern ' people are demanding legalizing gay relationships and gay marriages in India. Some people have asked for my opinion about the issue, so I am expressing it.

In his play Man and Superman, the Irish playwright George Bernard Shaw expresses his idea of what he calls as 'The Life Force '.

This law of nature creates The Life Force, which can be stated as the driving force which ensures that life continues on earth. This Life Force creates a powerful urge in humans to reproduce, and the main role in this is that of the woman. It is she who has to conceive the child, keep the child in her womb for nine months, give birth to the child, then rear the child for several years.

To fulfil this role of nature, a woman has to get hold of a man, not merely to make her pregnant, but also to look after her and provide for her financially while she is performing this role.

Hence, according to Shaw, it is not men who pursue women, but women who pursue men. It is the Life Force which drives women to pursue and catch a mate, who will then look after her while she is performing nature's serious and vital function of continuing the species.

Women who remain single are prone to have psychological problems.

What Shaw expressed may have been known to others, but conventional morality had dictated that it is men who pursued women, instead of the other way around. So no one before Shaw had dared to challenge the conventional norm so openly.

In the well known Hollywood film Fatal Attraction, it is a woman (played by Glenn Close) who tries to get hold of a married man.

The response on the good judge's Facebook page were refreshingly direct. We reproduce a few:

Sushant Taing: A few days ago, you had proved yourself to be a depraved casteist and misogynist with your post on "unable to have a cup of tea".

Now that you've proved yourself to be a homophobe, I've lost the few iotas of respect I had for you and consider you an ABOMINATION

With [redacted] like you in the supreme court, no wonder LGBTQs are denied equal rights. And your misogyny is also a reason for marital rapes not being a crime in India.

Rameez Ajmal Khan: Sir it is disheartening to see that you make opinions based on plays and movies.please get your facts straight.

Aditya Raj: I am gay. I really don't feel the urge to reproduce. Cos that is not the only reason I will want to be with someone.

I for some reason still believe in love and companionship.

Ajay Kumar: Sir, to be honest I had thought that all these comments on this post would be supporting your view on this matter. But I am pleasantly surprised that this is not the case. I thank God that my fellow countrymen also believe in the right to equality! Hari Om!

But the good judge followed up his original post, now playing victim:

I never realized the ruckus my article ' Gay Relationships and Gay Marriages ' would create. It seems that the Gay organizations all over the world have been incensed, and have taken umbrage

A correspondent of the Huffington Post, an American online agency, telephoned me and asked me whether I had any statistics in support of my statement that single women have psychological problems.

I replied that I had not said that single women have psychological problems. I had said that they would be prone to have such problems.

In other words, it is not certain that they would have psychological problems, there is only a likelihood. And this is because after reaching a certain age it is the natural desire of most women to have a family, which means a husband and children. Does this require proof and statistics ? Is there nothing called common sense ?

That was not all. More self-indignation was to follow:

A New Definition of Modernism

In my post ' Gay relationship and Gay Marriages ' I had expressed my views on the subject But I was sorry to note the reaction. There was a barrage of hostile comments, some almost abusive, some calling me mad, some calling me a homophobe, others calling me an idiot.. Am I not even entitled to express my views ? It appears that the answer is no, and if one dares to do so, a torrent of invective, abuses and curses is bound to follow

It seems that if a man ' marries ' another man , or a woman another woman ( whatever that may mean ), it is being modern, but if a man marries a woman that is being backward and retrogressive !

This is an interesting new definition of modernism !