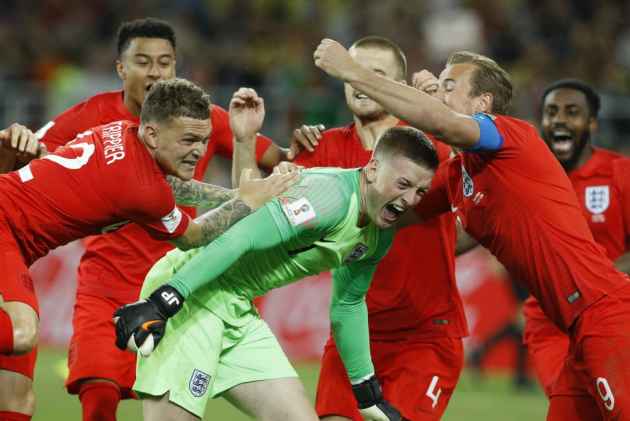 Kane’s penalty was cancelled out by a stoppage-time equaliser, only for Pickford to rescue England in the shootouts. On the other side, Sweden went past Switzerland in a game which barely felt like a knockout round game. Missed out on some of the stuff? Here is your definitive round up of Day 19 of the World Cup.

Football has really evolved in the last decade, with new ideas such as playing out from the back and high pressing becoming the new norm. The most affected as result of this change has arguably been the goalkeeper’s role. No longer are the men between the sicks judged by what they do in response to the moves of the opposing attackers; their judgement is based on their distribution and ability to come off their lines. Jordan Pickford is probably the shepherd of this new generation of keepers, and vindicated England Coach Southgate’s decision to drop veteran Hart in favour of Pickford. His short passing was calm as it unlocked the Colombian high press, while all of his long balls almost always reached their targets. That doesn’t mean that Pickford is a stranger to the traditional goalkeeping skills. He made an elastic save late in the second half to keep out Uribe’s wonder strike, and couldn’t do anything for the goal that followed as his teammate Trippier failed to clear from the line. He then went on to be the shootout hero, saving the last penalty to set the stage for Dier to win England the game and go on to the quarter final.

Looking around at the quarter final fixtures, despite all the surprise exits, we have a really strong lineup of France, Uruguay, Brazil, Belgium, England, Croatia, and the hosts Russia. The only potential wildcard entry could have come from the Sweden-Switzerland game, and regardless of how unimpressive Sweden were last night, it’s always entertaining to have an unlikely participation in the latter stages of the competition. Now we have that, and it was the manner of Sweden’s win which stills compels us to not take them seriously. In Iceland’s surprise run to the last 8 of the Euro 2016, they played with unparalleled guile and grit. Sweden have been largely uninspiring in their performances, so if they are to progress beyond the quarters, it really will be a shock.

Uribe is probably the purest striker of the ball in the Colombian team, and it was evident when he made Pickford work with that long range effort late in the game. His shot against the run of play won Colombia the corner which made the equaliser possible, so when he lined up to take the penalty after English midfielder Henderson’s miss had tipped it in Colombia’s favour, English fans suffered deja vu as they looked to be going out. Uribe hit the perfect penalty- almost. He went for the top-right corner, and hit the crossbar. This broke Colombia’s momentum as Trippier walked up to dispatch his penalty with confidence to tip the scales back in England’s favour. Then, a fired up Pickford saved Bacca’s shot, before Dier won the shootout for England. After Henderson’s miss, had Uribe beaten Pickford with a perfect penalty, it’s hard to see how England would have come back, but the crossbar saved the dream of football coming home.