As a journalist, he was prolific; as a mentor, he was generous. 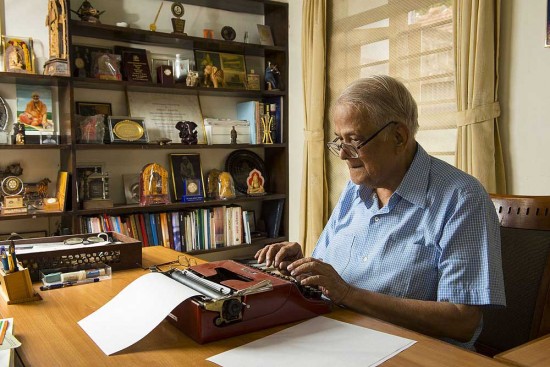 M.V. Kamath had the habit of bucking the trend. In the late 1970s, as editor of the now-defunct Illustrated Weekly of India, he travelled through India’s Northeast and dared to produce a cover story on the neglected region. He called the states the ‘Seven Sisters’, a sobriquet that has now become a commonplace. Till then, no big publication had bothered to bring the Northeast to the rest of the country so prominently. That cover story, and a couple of others on cricket, with Raju Bharatan at the helm, were apparently the Weekly’s biggest grossers ever, and not the t&a issues under Khushwant Singh, as is commonly believed.

In the 1990s, when it was ‘normal’ in large sections of India’s English media to be a critic of rising right-wing political forces, he started writing regular columns for RSS publications like Organiser and Panchajanya. Many of his old friends were dismayed; some broke contact with him because of his open support to the BJP, but Kamath, a prolific writer (he wrote 48 books), soldiered on. He also mentored many young journalists.