A Boy And His Dream

Kalam’s presidential integrity is still unimpeachable, not so his scientific one 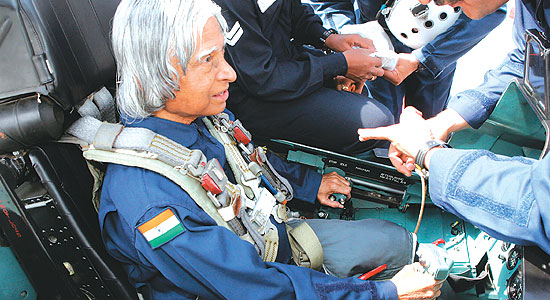 Is the halo around A.P.J. Abdul Kalam the scientist wearing off? Beyond the pale of criticism for long, the former president is now in the middle of a controversy after he refuted the claims of K. Santhanam, a former nuclear scientist with the Defence Research and Development Organisation (DRDO), that Pokhran-II had not delivered the expected results. Now more voices challenging Kalam have come out in the open and are getting louder.

First, Santhanam refused to buckle under. Instead, in a recent interview, he said: “Kalam is not a nuclear scientist. He is a missile scientist and was not there at that time. He is blissfully ignorant of the facts. Do I need to say more?” Former Atomic Energy Commission (AEC) chairman and the guiding force behind Pokhran-I in 1974, Homi Sethna, seconded him: “The former president was not a scientist and Santhanam is a physicist and he knew what he was talking. What does Kalam understand about physics?”