Haqeeqat was to be a salve, a reminder of China’s betrayal 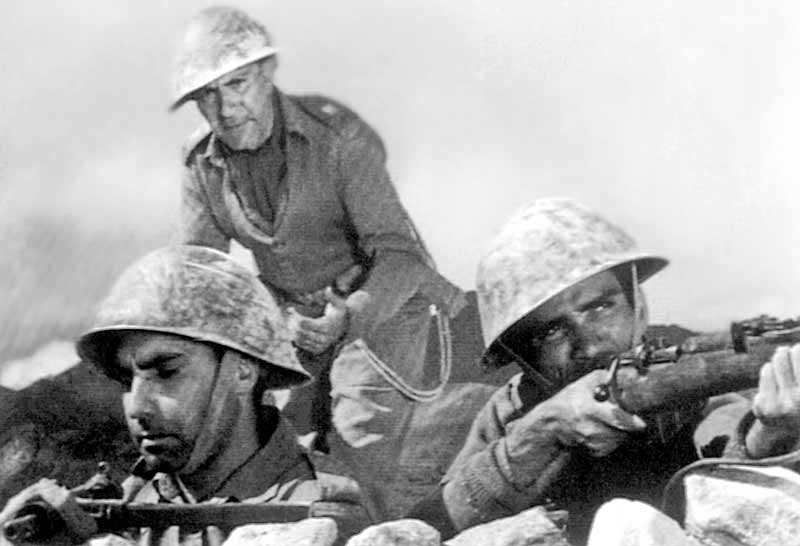 Filmmaker M.S. Sathyu was working with the Patriot newspaper in Delhi when director-producer Chetan Anand came down from Mumbai to seek permission from the defence forces to shoot a film in Ladakh. He was making Haqeeqat, India’s best war film. However, one that was triggered not by celebrations of a grand victory but the pain of a humiliating defeat at the hands of China in 1962.

Ironically, it was a bunch of left-leaning IPTA artistes—Anand, Sathyu, Balraj Sahni, Kaifi and Shaukat Azmi—who came together to actively work on Haqeeqat, without charging a penny. “There were a lot of us who were angry with China, felt hurt and let down by Zhou Enlai,” recalls Sathyu. Much of the resentment got reflected in the film quite literally—like the oft-described scene of Mao’s Red Book being pierced with a bayonet and the critique of China interspersed with documentary footage of Zhou Enlai taking the guard of honour on his India visits. The Chinese were the quintessential baddies with no redeeming quality and China’s great betrayal was embedded in the film’s narrative sweep. Major Ranjit Singh (Balraj Sahni) on the frontline is warned of the impending aggression but told not to attack first and hold fire, only to find his men forced into a crushing retreat. “Interestingly, there was also a split in the Left at the time,” recalls cultural commentator Madan Gopal Singh. In the aftermath of the war, in 1964, the CPI had fractured and the CPI(M) had emerged from it; lines had been drawn between pro-Chinese and pro-Soviet factions.