A Just Wind Is Blowing

The defence minister wants a soldier-friendly system. A panel tells him to begin by overhauling courts martial. 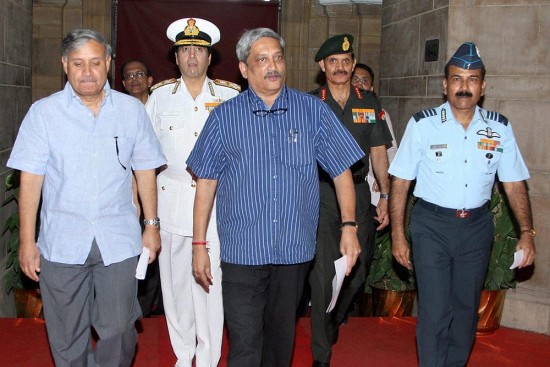 In July, defence minister Manohar Parrikar set up a committee with an unusual brief. Former servi­ces officers all, the members were told to shed their baggage and take a hard look at grievance red­ressal, pension-related matters and service-related litigation—all of which have taken adversarial tones in recent years. Parrikar wanted suggestions on institutional mechanisms that would bridge the gap between the ministry and the soldier.

The committee, too, has stayed true to its brief and made observations that are staggering, coming as they do from top brass wont to exert control. The former faujis—Lt Gen Mukesh Sabharwal, Lt Gen Richard Khare, Maj Gen T. Parshad—and Maj D.P. Singh and Navdeep Singh, a lawyer, want an overhaul of a colonial hand-me-down that is downright unfair on soldiers of a modern democracy. Risking the ire of the uniformed frat, which guards its systems with ferocity, they’ve said: “Fairplay and justice cannot be sacrificed at the altar of military discipline.”