A Line Of Control For Women 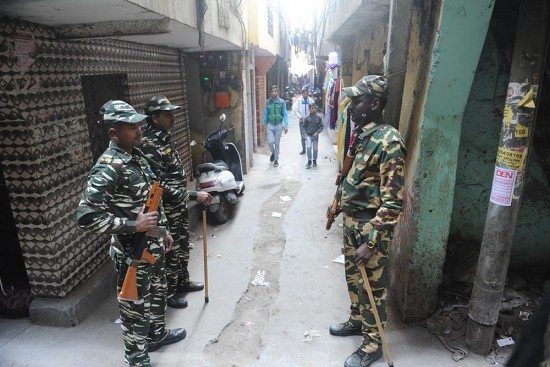 The headlines are relentless, every day bringing fresh news of society’s revenge upon women. The image is starkest in parts of India where they were lucky enough to live in the first place. Where gynocide—a genocide of newborn/unborn women—is a silent, ongoing routine. The acts of violence are a way of saying, in incredulity, ‘And then she has the gall to go and develop a free will!’ To think, act and, most of all, to love. Often the revenge takes the form of the object of her desire being crushed. The latest to join the list of young social martyrs is Ankit Saxena. On a list lengthening like a dark shadow over modern Indian life, it’s an intriguing presence: an inversion of the normal ‘love jehad’ pattern of Hindu girl/Muslim boy. Ankit’s killing is a way of saying: our right over our women is supreme; even a minority status won’t change it.

Classic honour killing, in short. Ins­tead of a regional caste, a nat­ional community feels the anger of someone trespassing on property. Love itself is branded as fake and women, of course, deemed unfit to make that choice. So, a father in Delhi ends his young daughter’s romance by slashing the throat of her boyfriend. Ankit’s girlfriend is in hiding, afraid for her life too, a living symbol of what happens to those who transgress. Before the extra seasoning in the episode—the fact that the woman’s father is a Muslim, which both explains the murder and almost became the only way to decipher it—abates, another middle-aged man masturbates on a bus next to a woman, again in the heart of the capital. (As if she was an image, not a living being.) Fresh outrage is triggered, rinse and repeat. In Bhilwara, Rajasthan, a Jat woman dies of TB, but no one turns up for the funeral. She, a widow, had dared to marry a Dalit. No outrage, rinse and repeat.