A Low-Down On Foreign Manna

Don’t read too much into the seemingly rapid growth of greenfield FDI in India. Here’s why it’s no indication of a revival in our investment cycle. 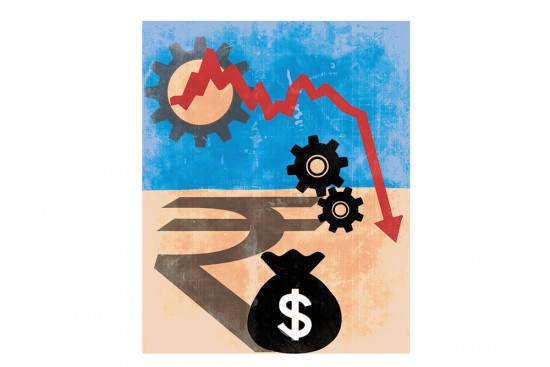 Investors counsel us that FDI can change a country’s economy, turn an India into a China. India has replaced China as the highest-ranked foreign destination for investments, attracting $63 billion worth of FDI projects in 2015. With giants like FoxConn and GE agreeing to invest in multi-billion dollar projects, this seemingly rapid growth of greenfield FDI in India holds great promise. In these times of ‘Make in India’, with efforts under way to get rid of red tape, over 98 per cent of the FDI comes through the automatic route. No wonder 2.25 lakh jobs were created in 2015.

But to see this decadal cyclical trend as an index of the revival of India’s investment cycle would be premature. Disaggregating this data reveals a different picture. India attracted $31 billion of FDI in H1 2015, but the gross inf­low stood at just $20.4 billion after deductions for rep­atriation and disinvestment. Also, the extraordinary global monetary easing, with negative interest rates, has fuelled financial asset markets in Asia and Latin America. This leaves India and other emerging markets far more susceptible to a decline in global excess liquidity, given a rise in interest rates or a pick up in the US economy.