A Pathan At The Gurudwara 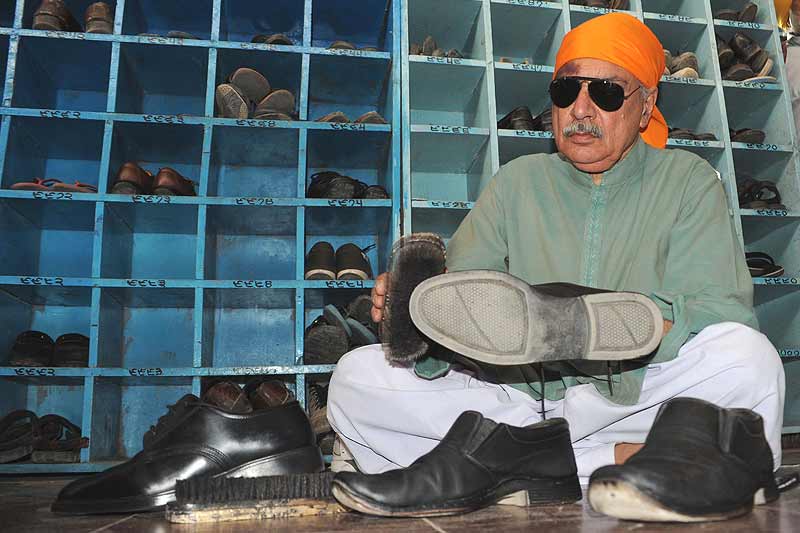 The town of Hasan Abdal, on the Grand Trunk Road, comes alive each year when thousands of Sikhs from the world over visit the Gurudwara Sri Panja Sahib here on the eve of Baisakhi. Amongst the pilgrims are Sikhs from India who travel on special trains and for whose stay exceptional arrangements are always made in Pakistan. It was also to the Gurudwara Sri Panja Sahib that Sikhs from the interiors of Swat (and speaking fluent Pashto) came in droves as the military opened a major offensive against the Taliban in the summer of 2009.

On a spring morning this year, as Sikh pilgrims walked barefoot into the gurudwara, they chanced upon a volunteer whose duty it was to collect and store the pilgrims’ shoes. If there was anything incongruous about his appearance, it was that along with the obligatory bandana covering his head, there was a pair of Ray-Ban sunglasses.