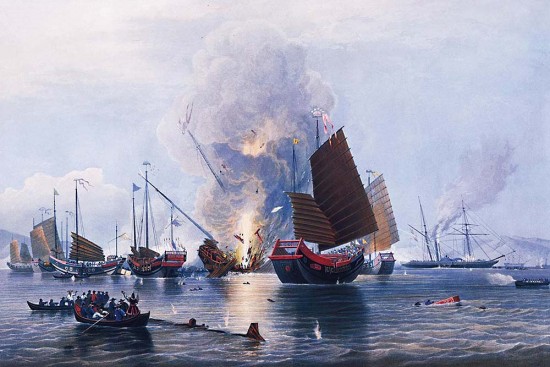 Amitav Ghosh and Anthony Burgess are two of the reasons why I never had the courage to publish anything until I was fifty. “I could never do that,” I used to tell myself. This remains true. I just became braver in my old age. Amitav Ghosh has influenced me profoundly along the way, particularly a slim little book called Countdown. It assesses, in his usual calm and methodical way, the possibility of nuclear war breaking out on the subcontinent. It would take you an hour to read, and I guarantee that once you’ve done so, you won’t be sleeping much that night. Whenever I see Arnab abusing retired Pakistani generals on TV (“Already we have so many potatoes on our head,” one of them once said, pathetically, “Now you are mongering the war?”) I feel like throwing one of my copies of Countdown at the screen. I have two, just to be on the safe side. The other thing that influenced me strongly was his account of the 1984 riots, sad, clear-eyed and personal, from the edges, afraid to look too closely. That essay, and Rahul Bedi’s searing report, are the two things that defined 1984 for me, and they have never let me go.

I remember him right from the beginning, actually. I remember enjoying Circle of Reason when I was in college. My head was full of Marquez and Jorge Amado and Vargas Llosa in those days, because it was Calcutta, and the girls liked their men to be well-read. His first book seemed to fit right in, with its strange goings-on, and a boy called Alu. Salman Rushdie seemed rather showy by comparison, although you had to admire the pizzazz. Amitav Ghosh was always the quiet one, more staircase than elevator. He has slogged away and built a reputation, step by careful step. His body of work before the Ibis trilogy would be the envy of most writers.