A Quirky Take On Chennai….And What Woke Folks Say

Geeta Doctor, a Chennai-based writer and critic, writes a diary on Chennai, the Covid pandemic and the wokabulary for Woke Folks. 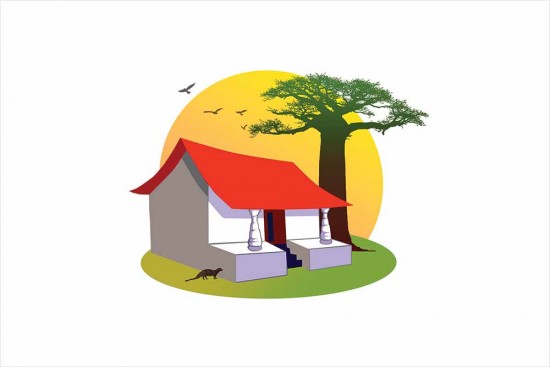 As Chennai awaits the Northeast Monsoon with the tintinnabulation of temple bells and festivities, the city is slowly waking up again.

One of the unexpected, but pleasant, effects of the pandemic has been the increase in green cover in the city. This has seen a return of many species of birds and insects, including, of course, the pesky mosquito. And also in my own garden are a pair of mongoose tracking down the odd tree snake.

You may not have heard of the word ‘thinnai’, let alone paused to contemplate the profound significance of what Ari Gautier has written in his recently-published collection of stories set in Pondicherry.

Ari Gautier, a Franco-Tamil writer now based in Norway, who has dived into the depths of the Indian Ocean and discovered that amongst the cross-currents flowing with the trade winds is a marvellous network of people and memories that are shipwrecked by history.

The ‘thinnai’ is described as a “shaded veranda”, a platform that acts as a public space between the outside world and the inner sanctum of the house. It’s where strangers meet and create a discourse that stretches out in as many directions as you can find a samosa.

The samosa is a culinary shape-changer. The samosa in Gautier’s world stands for the Creolisation of all our disparate influences into a nugget of generic comfort food. It can begin life again as a cutlet, whirl around as a Russian Piroshki, wrap itself in layers of flaky pastry, steam itself as dumplings in filmy rice paper skins, bake itself in layers of tropical islands leaves, and even metamorphose as a burger and pretend to be a king.

You could extend the idea further and imagine the ‘thinnai’ as a continental shelf between the land mass of the Indian subcontinent and the waters of the Indian Ocean. Unlike North India with its siege mentality, the South has had the audacity to live with strangers. If not the Arabs, or the Chinese, both great seafarers, it was the merchants who ventured across the seas from the sub-continent. The first urban centres were most often marketplaces established by Buddhists and Jains along with their monasteries.

In his scathing attack on the Buddhist traders who established trading links with South Asia, scholar Johan Elverskog in his recent volume The Buddha’s Footprint: An Environmental History of Asia describes an early example of rapacious Asian colonisation under the benign but blind gaze of the Buddha. He accuses these merchants of disseminating commodities such as sugar, rice, cotton and tea along with the Lotus Sutra. These were probably the same people who led to the creation of Buddhist Borobudur in Yogyakarta. Here again one must add that in the mid-9th century the tide had turned; it was Hindu kings and theology who built the Shiva-dominated temples at Parambanan nearby.

Elverskog has a term for it: “prosperity theology”. It fits in with the idea of Indian Ocean trade being one that encouraged the exchange of luxury items. Not so long ago I met an old man who had been a pearl diver in his younger days off the coast of Tuticorin, or Thoothukudi. Since that time there has been a drastic decline of pearl fisheries due to pollution and the increase in commercial fishing.

Zoom: A group activity involving a global sleep-fest. Participants raise a hand occasionally to indicate that they have not died of boredom.

Vegans: Milletarians who munch Fox-tail millets with a Quinoa smile.

Tattookinis: Full body tattoo for a beach holiday in the Maldives. It fades as you fly out.

Distressed Velvet: A species of upholstery made from dead Persian Cats.

Soup Kitchen Millionaires: Those who distribute rice packets to the needy in Ferraris.

Non-Fungible Token, or NFT: Anything by the artist Banksy.

Sourdough: A secret society of bakers.

Economic Migrants: Refugees from First Tier cities who take a break from their privileged lifestyles in places such as Goa and Pondicherry, the backwaters of Kerala and farms in interior Karnataka. These must include a choice of retro-amusements from the 1960s; range from yoga (hybrid), calisthenics, leech therapy, Tibetan Chanting, and advanced mapping of the brain to monitor your Serotine levels as you listen to a continuous loop of Imagine.

Pauline Kael’s Motto for the Moment: You can’t love if you can’t hate.

Geeta Doctor is a Chennai-based writer and critic