‘A Rehearsal Was Conducted...’ 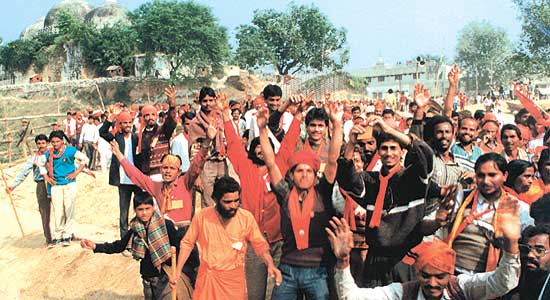 If the Liberhan Commission has completely absolved anyone of responsibility for the Babri Masjid demolition on December 6, 1992, it is P.V. Narasimha Rao, the then prime minister, and the central government. In his 100-page conclusion, Justice M.S. Liberhan has devoted just one paragraph (160.9) to the role of the Centre which he says was crippled by the failure of the intelligence agencies in providing an analysis of the situation. Was the Narasimha Rao government really that uninformed about the ground realities at Ayodhya in the days leading up to the Babri demolition?

Outlook got exclusive access to secret reports from then prepared by top Intelligence Bureau officials, which were sent to the offices of the prime minister, then home minister S.B. Chavan and home secretary Madhav Godbole. These reports, sent on a daily basis, highlighted the grave situation unfolding in Ayodhya in the critical week before the demolition. The IB reports were also made available to the Liberhan Commission in 1994. But they don’t find any mention in the commission’s report. These IB dispatches clearly reveal that the Centre knew exactly what was happening at Ayodhya. Excerpts: