Mulayam’s wrestler feints will land him in political trouble 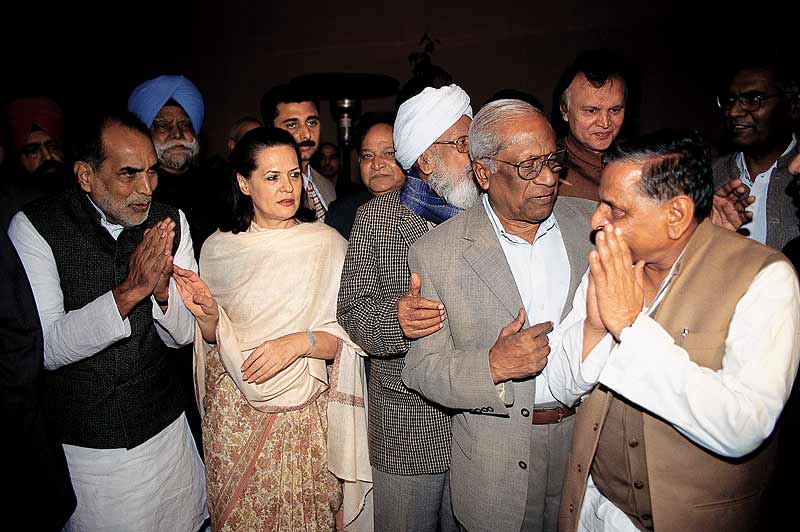 The constant circling around the UPA government by Mulayam Singh Yadav, only to periodically lunge forward to attack and test the reaction, suggests that the wrestler in him often gets the better of the politician. People believe Mulayam’s antics are aimed at positioning himself for the top job in Delhi in 2014. But there are many reasons why political parties of a possible third front may not find it easy to hand over the leadership to him.

Although he may call the Congress a party of “cheats”, Mulayam tests our credulity when he says, “I have never betrayed anyone in my political life.” The list of his betrayals is long, beginning with machinations against his mentor Chaudhary Charan Singh, and then, the Chaudhary’s son, Ajit Singh.  He dumped his socialist colleague Chandra Shekhar for V.P. Singh and ditched Singh later. He failed to stand by H.D. Deve Gowda when he was prime minister. He let Sonia Gandhi believe that he stood behind her when she went in April 1999 to Rashtrapati Bhavan claiming the support of 272 MPs to form a government, only to stab her in the back within hours. He had no qualms about betraying his Left allies on the Indo-US civilian nuclear deal. And after announcing a joint strategy for presidential elections with Mamata Banerjee, he left her high and dry. Stalwarts who were lured from the Congress, like Chandrajit Yadav, Shyam Lal Yadav and Balram Singh Yadav, were given nothing.