A Wall Of Bullets

Revolution too, like the state, can alienate itself through violence 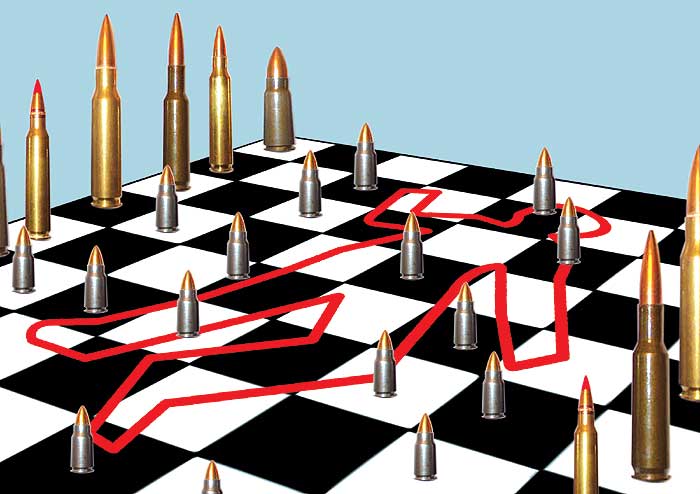 It is not surprising that we come across  what is dismissed as “pious humbug” in our society’s pursuit of peaceful social and political change that will lead to justice, equity and freedom. Quite often, however, there’s hard-headed common sense in its formulations, such as, “An eye for an eye will make the whole world blind”. Never does this so-called platitude ring more true than in an age when the technology of warfare maximises the probability of mutually assured destruction, however the combatants may justify their conflicting “causes”.

In the war raging in the Redlands, the case against the Indian state no doubt sounds convincing. Despite swearing at the altar of a democratic, socialist constitution, the state has for more than six decades perpetrated a social order in which the inherent structural violence subjugates, exploits, displaces, tortures and destroys the poor and the weak to benefit the rich and powerful. It’s from this scathing indictment of the state that the Maoist combatants claim legitimacy for their armed struggle for the overthrow of such a state. But even if a far more stringent atonement is required of the state, shouldn’t the Maoists also pause and ponder why, after more than 40 years of spiralling violence since their Spring Thunder avatar of 1967, they have failed completely in bringing about a just order. Shouldn’t they also ask if they want a world where everyone sees beautifully with both eyes or where everyone is blind? Shouldn’t they ask  themselves if they want a world in which everyone is maimed and crippled from an orgy of ‘just’ violence?