Vying for a share of the emerging readership, competition among publishing houses led to a variety of magazines on offer, writes Sudhirendar Sharma in her Nostalgia Diary. 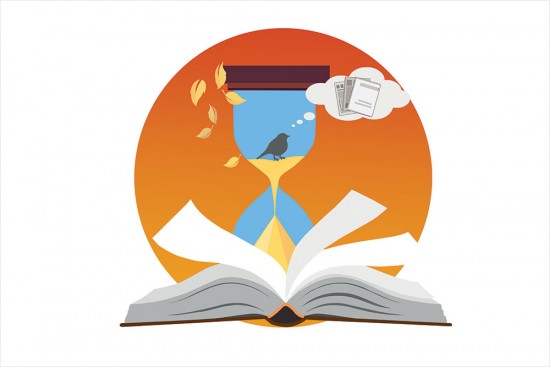 In the absolute silence enforced by the invisible coronavirus, the thub-thub of my own chest has become a metronome of interesting revelations. Much of the past has revealed itself in bits and pieces. Putting them together into a narrative has helped relive those days of growing up. I recall how small odours of spices were infused by a clutch of magazines for emerging middle-class readers in the early years of the post-independent era. Rich in content and editorial gravitas, these magazines promoted a sub-culture of creative writing. Promoting a sense of social responsibility among a diverse readership, those publications accorded a sense of recognition to mortals like me who wrote in the domestic patois.

During the 1970s, The Mirror had emerged as a monthly magazine with wholesome reading for the entire family. For a sports buff who spent hours in the library digging out facts on the country’s hockey laurels from the Encyclopaedia Britannica, the magazine gave me maiden opportunity to share the fact that Roop Singh, brother of hockey wizard Dhyan Chand, had scored more goals in the 1932 Los Angeles Olympics. India had humbled hosts US in a record 24-1 drubbing in hockey—it remains unchallenged since. The fact-filled piece had proved a stepping stone for me to get published in other leading magazines, the monthly Imprint and the premier Illustrated Weekly of India.

When concerns of youth had begun to extend further, magazines like Youth Times and JS (Junior Statesman) had helped shape expressions of both conservative and elitist voices of the young generation. Immensely engaging, these publications gave the young a thrilling ride, often in the process deflating their egotism. Guiding young collegiates to situate themselves in the bewildering realities of changing times, Anees Jung edited young minds’ warped accounts in Youth Times, while the inimitable Desmond Doig captured the lyrical enthusiasm of his readers in JS. Much before youngsters were sucked into the world of competitive existence, these two magazines had helped them in carving their distinct niche in society.

A Page For Everyone

With increasing appetite for the printed word, there was a perceptible shift in the cultural tectonic plate across most middle-income households. Vying for a share of the emerging readership, competition among publishing houses had led to a variety of magazines on offer. Sarika to quench literary thirst; Dinman for political undercurrents; Madhuri for film freaks; Nandan for adolescents and Dharamyug for the seniors were monthly acquisitions for most Hindi-speaking households. Reading, and reading magazines, had emerged as a widespread habit in a vibrant society.

Hands That Led Me

As I recount those hazy images from a crammed past, I realise how a landscape of learning and sharing, abuzz with a distinct sense of responsive sensibility towards each other, has long been lost. While editors then would guide and nurture budding writers, in the present times building even email connectivity with editors is a rarity. I recall how physical letters from editor M.D. Japheth accepting my articles in Mirror were both encouraging and inspring. Anees Jung used to guide me towards focusing more on flow than padding the narrative with heavy words in the Youth Times. It has left an indelible mark on my writings ever since.

Although there is much on offer to read now and that too free, it is the subtle bonding with magazines that has disappeared from our lives. Recalling the words of Yash Chopra, the silver screen’s undisputed king of romance, invisible relationships were being built then among different sections of society. It had worked both ways. For the irresistible Khushwant Singh, environment stories had no takers. Much before I could take him on his words, the freshly launched New Delhi had closed down its shutters. As I remember those illustrious editors and lament the demise of magazines that shaped my world-view, I recall with concern one such magazine that folded before it could publish two of my accepted articles. Such was the the impact of advertisement revenue drying up that even Contour, a magazine published by the Hindustan Times group, closed a few months after its launch in the late ’80s. For a freelance writer it meant missing out on buying a favourite dinner.

The niche magazines that created a social and cultural connect with the times could not bear the aversion of financial backers. It had led life coming to a pause for many like me, denying us the space we needed to grow and flourish.

(This appeared in the print edition as "Nostalgia Diary")

Sudhirendar Sharma is a writer, researcher and academic