Home National
2014 The Year That Was

A Year Of Living Aspirationally

Despite the upbeat feeling, things are seeming to stall. Modi’s one-man show and the mischief of saffron outfits are his biggest weakness. 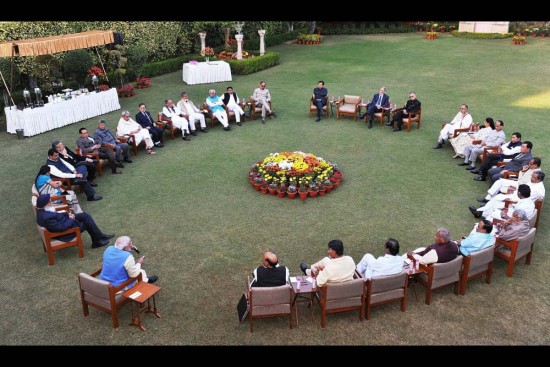 Marked indelibly by the dramatic electoral victory of Narendra Modi, 2014 signifies different things to different people. For those who believe in the fabled qualities of the Prime Minister, it is a harbinger of hope, a year when India finally got down to the business of growth. Among the believers are the legions of poor and middle class Indians whose aspirations the Bharatiya Janata Party brilliantly tapped into during the election campaign. The faithful also include captains of industry and finance, both native and foreign, whose collective impatience with the Congress party’s inability to deliver land, resources, clearances and a booming stock market led them to defect en masse to the Modi camp.

But the Prime Minister has other supporters too, and that is where the story starts to get complicated. These supporters, who form the core Hindutva base of the sangh parivar, are less concerned about growth indices, the Sensex and land acquisition. For them, the advent of the Modi era means the chance to play social and cultural engineer with the soul of the nation, something their ideological ancestors never got to do given their virtual absence from the freedom struggle. 2014 for Hindutva zealots, then, is Year Zero, the date India began to reverse its tryst with a destiny they detest. They are waiting for the country to turn its back on the precepts, principles, politics and philosophy that had helped define its nationhood for decades if not centuries. For this section, governance is primarily about settling scores with the past – and with the phalanx of real and imagined enemies who have stood in the way of the greater glory of the ‘Hindu rashtra’: Marxists, Muslims, Macaulayputras.