A Zone Of Vacillation

What is it about Telangana that makes all parties indecisive? 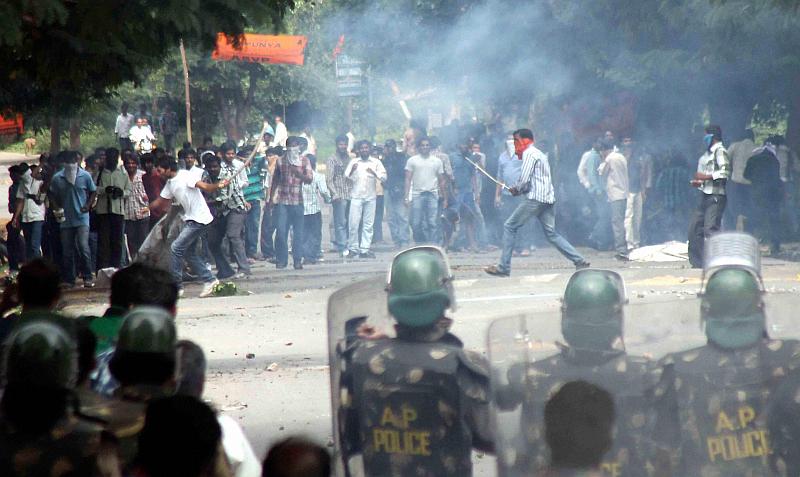 Telangana is once again on the boil. And the Congress is once again at its best, speaking in many voices, like the prince of Denmark. Its Hamletian dilemma relates to what political dividends will accrue to it from the position it takes. For now, the Congress leadership is trying to reinvent the wheel by stating that the issue of Telangana is a delicate one and that the government needs time. More recently, Andhra Pradesh chief minister Kiran Kumar Reddy, who had earlier maintained a strategic equidistance on the issue, had said, “The Telangana issue cannot be seen through the prism of politics. Politics cannot be the grounds for the division of the state.  There can’t be any time-frames or deadlines on such issues.” Such procrastination on part of a party in power—at the Centre and in the state—is the very villain in the piece, the enemy of peace. Unfortunately, the Congress seems to mistake indecisiveness for mellow statesmanship.

It isn’t as if the Congress is unaware of the potency of the issue: after all it was included in the UPA’s common minimum programme and later, in the President’s address eight years ago. It contested the 2004 elections with the Telangana Rashtra Samiti (TRS). The game-changer was P. Chidambaram’s statement in 2009, as home minister, that the process for state formation would be kickstarted soon, after taking all parties into consideration, galvanising the Telangana sentiment. But the Congress still refuses to take a call: both Sonia Gandhi and Rahul are conspicuously silent. And as its leaders from different regions, ministers and MPs continue to speak in myriad voices, making a preposterous spectacle of themselves, the Congress speaks of bringing about a consensus across the political spectrum! It seems the Congress wants to appropriate both the sentiments, for a united Andhra Pradesh and for a separate Telangana. Its tactic of disarming the opposition has proved counterproductive, as its electoral humiliation in both regions shows. However, the party rudely refuses to draw lessons.