AAP banks on issues close to Goa’s heart, but the BJP is confident the newbie’s Catholic focus would be its ruin 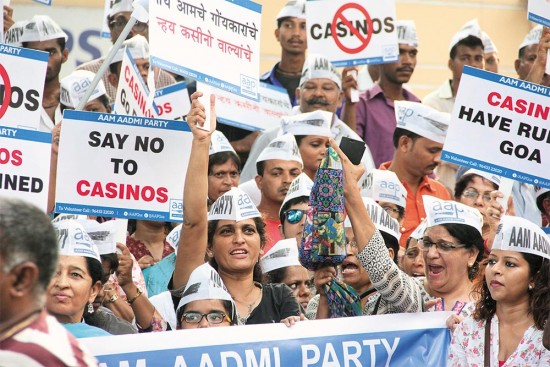 While Arvind Kejriwal may be shaking things up in Punjab’s political landscape with his aggressive campaign, his Aam Aadmi Party (AAP) has been quietly but resolutely making inroads into the coastal state of Goa too. Having announced candidates for 30 seats in the 40-seat assembly, it seems to have got a head-start over the other parties, inc­luding the incumbent BJP, which are still trying to put their house in order. The election is likely to be held early next year, though dates have not been announced so far. Contesting elections in the state for the first time, AAP is making sure their banners and posters are visible all over. The campaign in full swing, the party is making its presence felt on social media as well as by holding meetings and protest marches.