Anarchist for some, emancipator for others…but not a terrorist, says the court. The peasant leader walks free with stinging words on the NIA, saying it tried to make him join BJP-RSS. 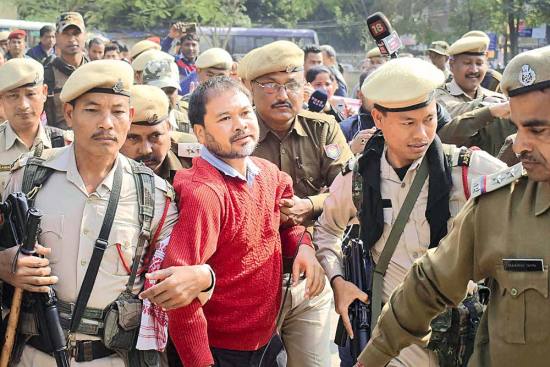 He is many things to many people. A rabble-rouser and anarchist for some. For others, he is the voice of the marginalised and downtrodden. But no matter from which side of the political divide you look at Akhil Gogoi (in pic), the firebrand rights activist of Assam is not the one to stay out of the headlines. Earlier this month, Gogoi—elected to the assembly while still in jail—walked free after being incarcerated for over one-and-a-half years. What is more important is the court’s rather stinging remarks about the way the National Investigation Agency (NIA) handled the cases against Gogoi.

A special NIA court absolved Gogoi of charges of terrorism slapped under the contentious Unlawful Activities (Prevention) Act,  besides other charges like sedition, in two cases in connection with the December 2019 anti-CAA agitation in the state. Gogoi was arrested on December 12 and was in jail since, seeing the agitation peter out, the Covid pandemic set in—inf­e­cting him, too—and the assembly elections go by, but leaving him with a new identity as MLA of Sibsagar, the seat of the 600-year-long rule of the Ahoms, to whom he traces his roots.