It will be good if Nepal’s lazy, grasping politicians wake up 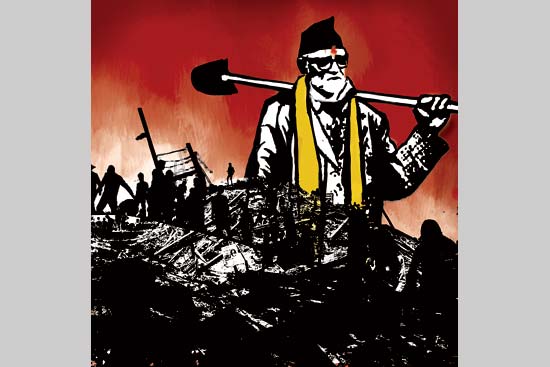 Nepal has had the possibility of emerging as the exemplary nation-state of South Asia. But even if we set aside deep history, we see that in the modern era, relentless disasters—political and natural—have blocked the spirit and the efforts of the people of Nepal. There’s nothing to do but to try to convert the Great Nepal Earthquake of 2015 into an opportunity to transform the conduct of politics and in the process lift up Nepal at least from the status of a ‘least developed nation’ to that of a ‘developing nation’. For a beginning to be made in that direction, the polity must be jolted out of its stu­por. Only then can the advantages Nepal has—of nature, history and demography—be fully realised.

The quaking of the earth on April 25 has in a literal and figurative sense shaken up politicians. Not only have they been reminded of the impermanence of life itself, they have realised how easy it is for them to find themselves out of the limelight. This is being brought home to them by the street protests against the authorities’ lethargy and bewilderment in organising relief. Indeed, the sirsasta (seniormost) leaders of the political parties—the Nepali Congress, the CPN-UML, the Maoists and the Madhesi parties—who have created an incestuous syndicate that rules under the thin guise of democracy may have realised what a sideshow they have become. Even if their hands have been in the till rather than on the pulse of the people, politicians would have realised the deep distrust people feel for them, chiefly because of the all-pervasive corruption, the refusal to revive the economy and for having kept the country in interminable limbo. Perhaps it was the knowledge of this distrust that prevented the sirsasta from coming out and leading the relief and rescue operations.