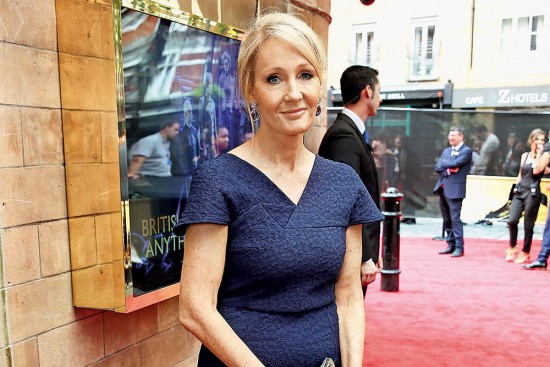 The title sounds right, with the weighty ring to it—though I was in a state of confusion before I star­ted the book. Somewhere at the back of my mind was the matter of a play—was that what all the fuss was about? When the book lan­ded in my hands, it had a different look to it, pale ochre with a gold edge that talked about a special rehearsal edition and, though J.K. Rowling was the main author, there were two sub-authors—or should I say playwrights? After all that midnight bookstorming, I was foxed. This was not what I expected, where were the multi-coloured bands, the quirky illustration? But then, I settled down to the fact that this was the rehearsal script for a play that will be put on at the West End, to be followed by the proper script.

To say it in canonical Hindi film terms, this story started bees saal baad; well, 22 years later, with Hermione as minister of magic and Harry working in the ministry as law enforcement officer, while Ron runs his joke shop with his brothers. The core of the play is Albus Severus Potter, who, for reasons best known to him, chooses to make friends with Draco Malfoy’s son Scorpius, against the warnings of his ambitious cousin Rose. It’s a beginning that seems to sit well, charging the barriers to board the Hogwarts Express, but then things subtly signal cha­nge. Albus remembers that his father drove home the importance of friends and, a misfit despite himself, chooses the one person no Potter would have been seen dead with. He also finds himself sorted into Slytherin, which perhaps is a good thing from the story point of view, since quite obviously Slytherins can’t all be evil—why have them as a house if they were?