A matter-of-fact storytelling which doesn’t turn things pitiful or righteous. 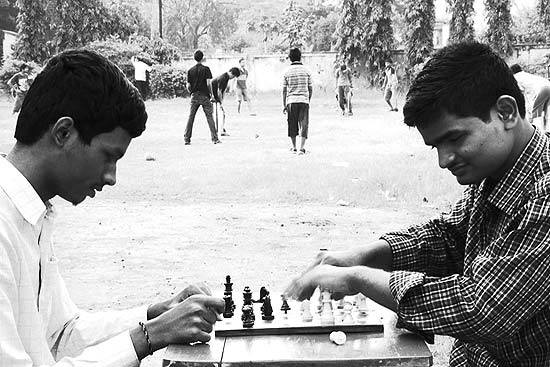 From the first shot of fingers touching and feeling the chess pieces—those pawns and bishops—Ian McDonald sets up a gentle, unhurried and pondering pace for his documentary, Algorithms is about the extraordinary world of ‘blind chess’ in India. The flow is as measured, precise and thought-out as the game itself, at times still and hushed. All with the mellow music of Prasanna in the background. In focus are three young boys—Darshan from Baroda, Sai Krishna from Chennai and Anant from Bhuba­neswar—all with the amb­ition of becoming grandmasters. Their mentor and confidant is the spirited Charudutt Jadhav who, having lost vision at 13, beat the sighted to become a national chess champion. He left it all in 2004 to become a visionary of another sort, devoted to the cause of chess for the blind. The film catches them all through a period of three years—from preparing for the world junior blind chess championship in Sweden in 2009 to the next championship in 2011 in Greece.