All Aboard On T’ronto Express

Frames of India from the The ­Toronto ­International Film Festival 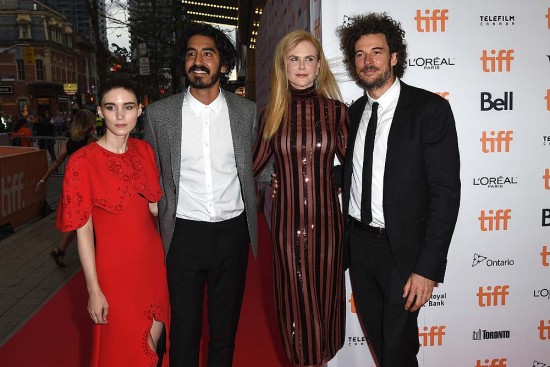 It’s always flitted uneasily across a maze of blurred lines, how actors furnish responses to the age-old question relating to their craft. To what extent do they become the character they play? It’s ‘professional distance’ for some and ‘ent­e­ring the skin’ for others. For actors answering to a specific ethnic description, irrevocably marked out by that in a film industry whose default colour is white, the reference to skin leads to another troubling element, a permanent canker, in fact, on the body. Is there, looming over each individual person they portray, an ‘Indian’ or ‘Hispanic/Black/Asian’ type that they must fill out (or cancel out) first? Can they act at all without coming to terms with this element at the outset?

There’s a touch of novelty to the way British-Indian actor Dev Patel came to that old, and often cliched, moment that seems to take hold of expatriates: the archetypal search for roots. Dev, looking manlier than the image we have of him from Slumdog Millionaire, with long, rock ’n roll locks and an artsy beard, was at the Toronto International Film Festival with his latest project, Lion, in which he plays Saroo Brierley. The film was first runner-up for the festival’s focal People’s Choice Award (just behind La La Land).