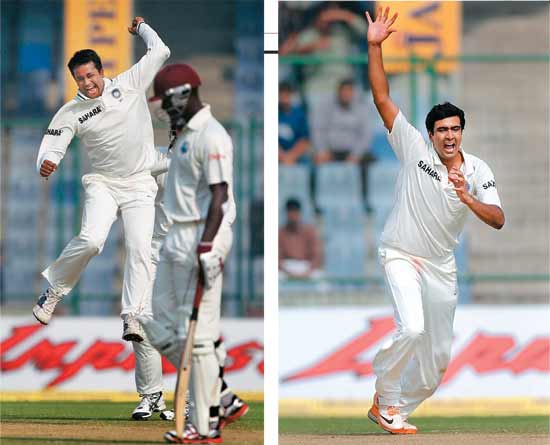 What would Harbhajan Singh have done to the West Indians in the first Test in Delhi? Now, that’s idle speculation, for he didn’t play, dropped as he was from the team. The selectors wanted to know how the upcoming spinners would perform at Ferozeshah Kotla, and not how Harbhajan would. But the consequences were important. The ball kept alarmingly low on occasion, the wicket was slow, the visitors aren’t great players of spin. In the event, Pragyan Ojha and R. Ashwin, Harbhajan’s replacement as an off-spinner, took 16 wickets as India won with five sessions remaining.