All The PM’s Men & Women

People no longer run from Pillai to Pillai in New Delhi. The bureaucratic centre of gravity has clearly shifted from the South to Gujarat. 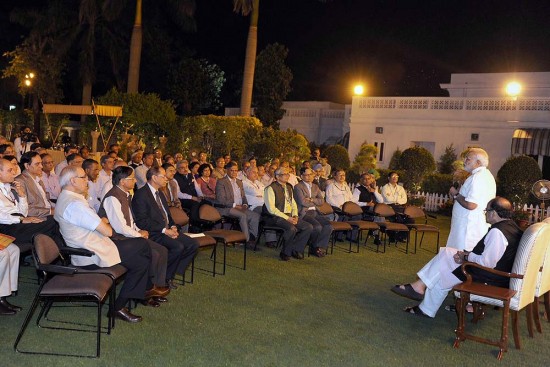 Familiarity is a force. And who knows it better than Prime Minister Narendra Modi, known to value fellowship when it comes to governance? No wonder, there’s coming up a mini Gandhinagar of sorts in Lutyens’ Delhi, well-versed in the Gujarat model of governance, that is calling the shots in the corridors of power in the capital. If you don’t believe that, just take a good look at the number of Gujarat-cadre bureaucrats occupying plum positions in Delhi, their number having grown since Modi took over in May last year. Over the last year, Modi, known to trust officials more than politicians, has recreated some of his governance and administration practices of Gandhinagar in the capital.

The number of senior bureaucrats of the Gujarat cadre posted in Delhi since Modi took office has gone up to 30. Even before he took charge, there were 14 other Gujarat-cadre officers who were on central deputation. The total number of Gujarat-cadre officials in Delhi durbar is therefore an impressive 44.