Also In The Ring

New revelations suggest Peter Mukerjea may have had a role in the murder. Financial angle looms. 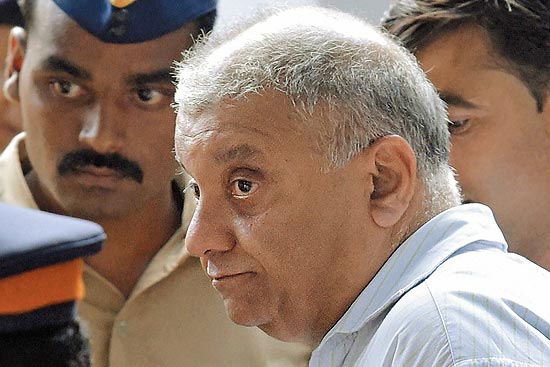 The day after his wife Indrani’s arr­est for the alleged murder of her daughter Sheena, Peter Mukerjea issued an emotionally-charged statement which attempted to establish that he had no inkling whatsoever of the crime and Indrani’s relationship with Sheena. He told Outlook then, “I am hearing and learning new things by the hour from the media. Whatever I knew I have already said. What has happened is unbelievable, shocking and horrific.”

His arrest by the CBI last week, and new details of the murder conspiracy, could be described in those same terms, except it has raised intriguing questions about the sensational case. More so bec­a­­use of Peter’s stature in media circles and in Mumbai society. A senior Mumbai police officer, talking about the unending twists in the Sheena Bora murder case, rem­embers the time when Peter Mukerjea, then CEO of Rupert Murdoch’s Star TV, was a member of Mumbai’s swishest set. “There was a time when Peter Mukerjea was a big man, like a star. He was the only person known for Star TV and why only the police, any official would take note of his call or request for help,” he says, refe­r­­ring to reports that Deven Bharti, then Additional CP and now joint CP (law and order), was asked by Peter to trace Sheena in 2012 and treat her as a missing person. Bharti is now a prosecution witness in the CBI case.