Though we are not exactly friends, I feel I must share this crucial intelligence with Rahul Gandhi and his friends... 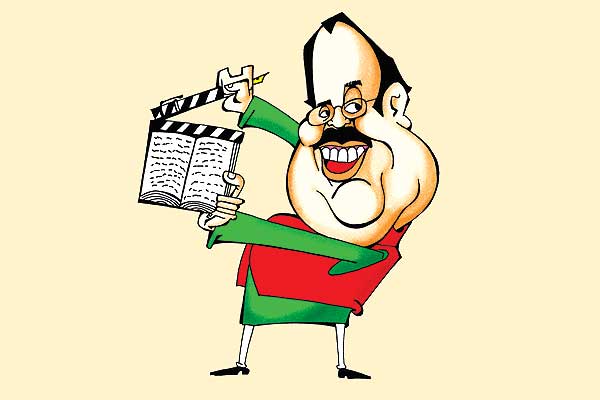 Though we are not exactly friends, I feel I must share this crucial intelligence with Rahul Gandhi and his friends. They alone (given the fact that they have youth on their side) can counter the next onslaught of the Yadavs on the Women’s Reservation Bill. To get to the point, let me tell you of late I have been rather hyperactive, thanks to my favourite hobby (phone-tapping). And I have learnt that Mulayamji and Lalooji have commissioned the Malegaon filmmakers (the same guys from small-town Maharashtra who shoot Bollywood spoofs on handycam budgets) to film a two-part thriller, Kill Bill I and II. Of course, from what I gather, the plot bears no similarities to Quentin Tarantino’s original (it couldn’t, given that the Yadav-backed project proposes to use footage of Rajya Sabha proceedings).

Now, that apart, I’m rather pleased that I have managed to get more juicy details of the grand Yadav plan. For starters, Amitabh Bachchan has been signed on as the hero who vanquishes the villainous queen, Bill (played by Arti from Malegaon), who passes anti-OBC laws. Of course, the Big B doesn’t want his name to be included in the titles so it was agreed that he would only be identified as “an AB lookalike”. Incidentally, I have also learnt that initially Sharad Yadav did not like the idea of a woman character being named Bill. But Lalooji was quick to provide an explanation. “If you can have Dimple (Kapadia) playing Bobby, then what’s wrong with Arti cast as Bill?” I tell you, Lalooji ka jawab nahin. He has an explanation for everything! And yes, before I forget, the film’s title song (Bill to pagal hai) has already been recorded. The lyrics were apparently penned by Javed Akhtar but the titles will credit it to Devaj Rathka (that’s Javedsaab’s name spelt backwards)!